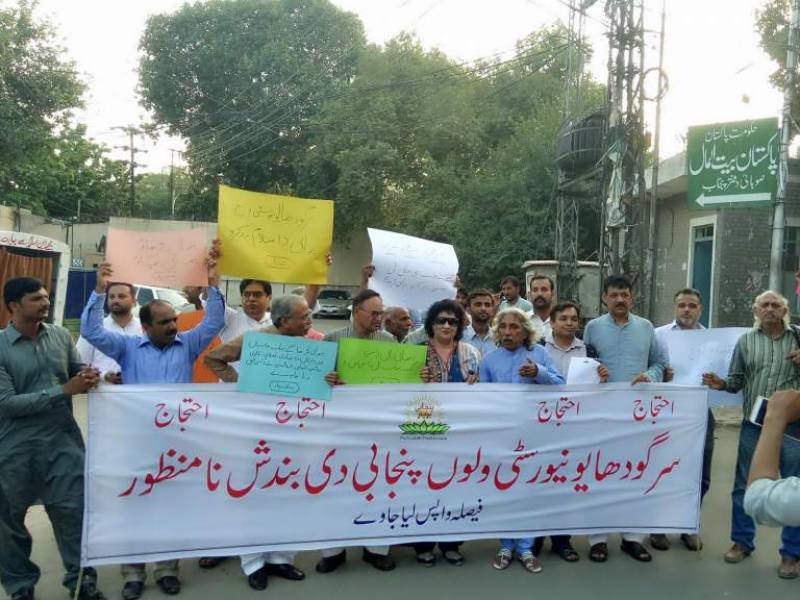 Lahore (PR): Punjabi Parchar, an organisation committed to the preservation and promotion of Punjabi language and culture, staged a rally to protest Sargodha University shutting down Department of Punjabi.

A large number of people, including students, teachers, members of civil society and others gathered in front of Lahore Press Club holding placards against the administration of the university.

Expressing deep anger, the participants also raised slogans against closing the department and asked the university to repeal the decision.

Addressing the rally Ahmed Raza Punjabi said that government has not changed its policy towards Punjabi, a language of the soil and spoken by about 60 percent Pakistanis, despite the passage of 75 years to independence.

Instead of using it as a medium language for education at primary level, it is being discouraged at higher institutions, he added.

He also demanded Sargodha University to immediately withdraw the decision of closing the Punjabi department.

He further urged Government of Punjab to instruct public sector universities for taking tangible measures with regards the promotion of the Punjabi language and literature.

The government should create job opportunities for those who have a proper qualification in Punjabi subject.