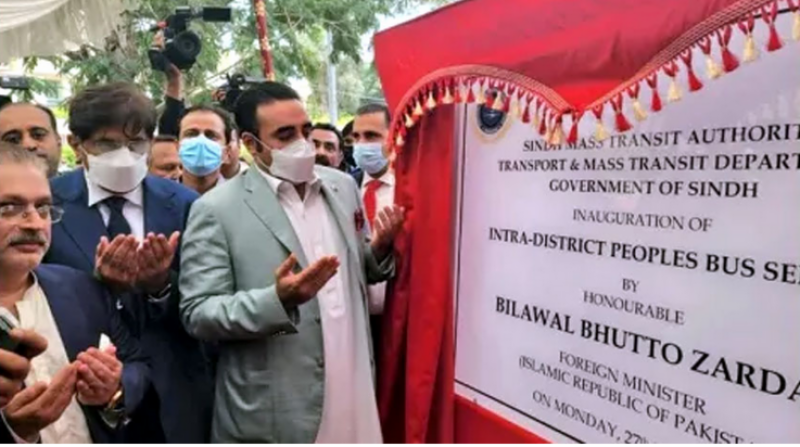 As per the details, Bilawal Bhutto was accompanied by Sindh Chief Minister Syed Murad Ali Shah, Information and Transport Minister Sharjeel Inam Memon and other members of the provincial cabinet.

Under the Peoples Intra District Bus Service project, around 240 air-conditioned buses imported from China, will ply on seven routes in Karachi.

The People's Bus Service will commence its operations on Route 1 from Model Colony to Tower covering a distance of 29.5 kilometres and stopping at 38 stations.

In the first phase, seven routes were finalized in Karachi on which 240 buses will operate.

In a statement, Provincial Minister for Transport Sharjeel Inam Memon said that the fare of the People’s Bus Service will be from 25 to 50 rupees.

It may be remembered that the Peoples’ Bus Service is a project separate from the network of Bus Rapid Transit (BRT) lines.