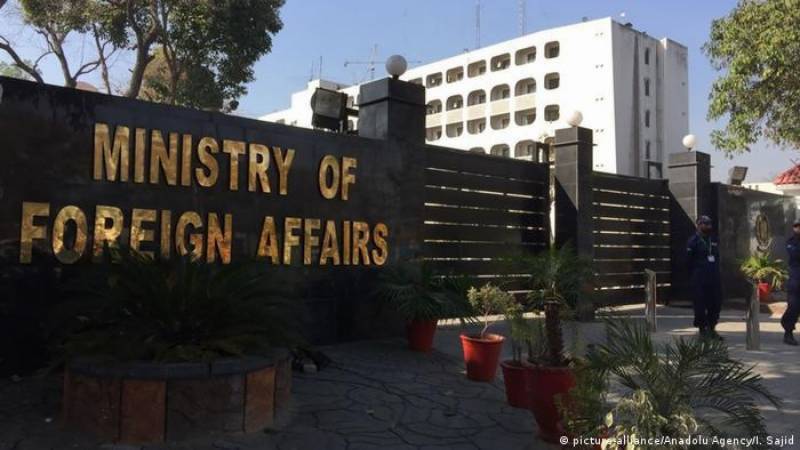 Islamabad (Web Desk): The Foreign Office (FO) on Monday confirmed that a member of the five-nation summit BRICS blocked Pakistan’s participation in a dialogue for non-member states held virtually on the sidelines of the event on June 24.

FO Spokesperson Asim Iftikhar said a member country of BRICS was behind blocking an invitation to Pakistan.

“We have noted that this year a ‘High-level Dialogue on Global Development’ was held as a BRICS side event in which a number of developing/emerging economies were invited,” read the statement.

“China being the host country engaged with Pakistan prior to the BRICS meetings, where decisions are taken after consultations with all BRICS members, including extending an invitation to non-members. Regrettably, one member blocked Pakistan’s participation,” the statement added.

“However, we do hope that future engagement of the organisation would be based on the principles of inclusivity keeping in view the overall interests of the developing world and in a manner that is devoid of narrow geopolitical considerations,” it maintained.

Pakistan also went on to congratulate China for successfully hosting the BRICS meeting.