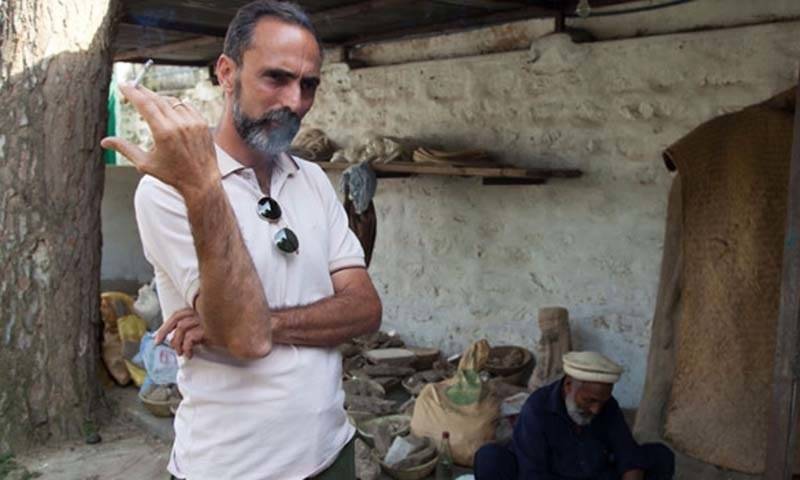 Islamabad (Web Desk): Dr Luca Maria Olivieri, an Italian archaeologist, name won’t blink any light in your mind but he has been awarded Sitara-e-Imtiaz  by Government of Pakistan. He believes the acknowledgment by the government and people of Pakistan of his work had multiplied his love for the country.

The down to earth archaeologist - current Director of the Italian Archaeological Mission in Pakistan - was awarded Sitara-e-Imtiaz (Star of Excellence) by President Mamnoon Hussain on Pakistan Day in recognition of her meritorious services to Pakistan.

Talking to The Nation, at a reception hosted by Italian Ambassador Stefano Pontecorvo at his residence here the other day, Olivieri said that he had dedicated his life to work in Pakistan. Since 2011, the award winner is directing the ACT-Field School project in Swat (Pakistan) co-implemented by the Italian Mission and the Pakistani archaeological authorities.

During his 28 years of field research in Swat, he has conducted excavation campaign in different sites (17 campaigns only in the historic settlement of Barikot), as well as survey campaigns.

His main fields of interest are urban settlements, landscape archaeology, and rock-art.

Dr Olivieri said the award meant a lot to him and his supporters as it was an acknowledgement of his services. He pledged to play a role to provide support for excavation, preservation and restoration of archaeological sites in Pakistan.He said the Italian Archaeologist Mission was also training local archaeologists and providing them with the required equipment.

Italian Ambassador Stefano Pontecorvo said he was proud of Dr Olivieri’s achievements and hoped he would continue efforts to further climb up the ladder.

The envoy said Pakistan and Italy enjoyed friendly ties and he had been trying to strengthen the relationship.

“Our people are contributing in Pakistan in different capacities. We value friendship with Pakistan,” he added.

The ambassador said he was delighted that Olivieri’s services were recognised by the government of Pakistan. “This will give him more strength and encourage him to work with more dedication,” he remarked.