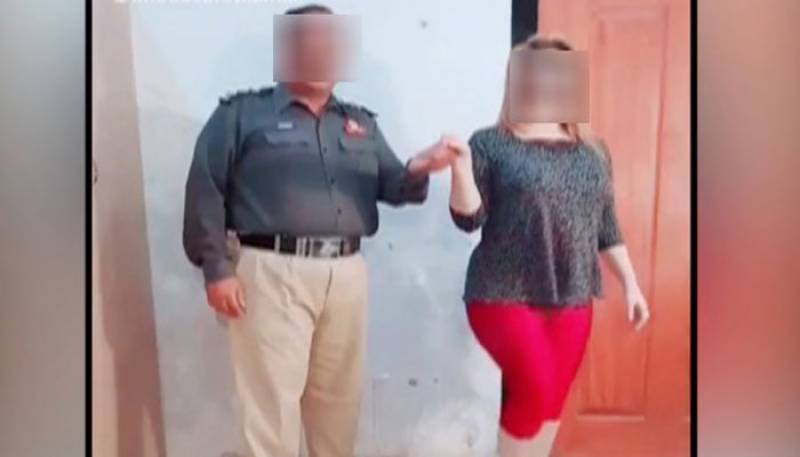 In another video, the suspended officer is dancing with a woman to an Indian song, Kisi disco ma jaye.