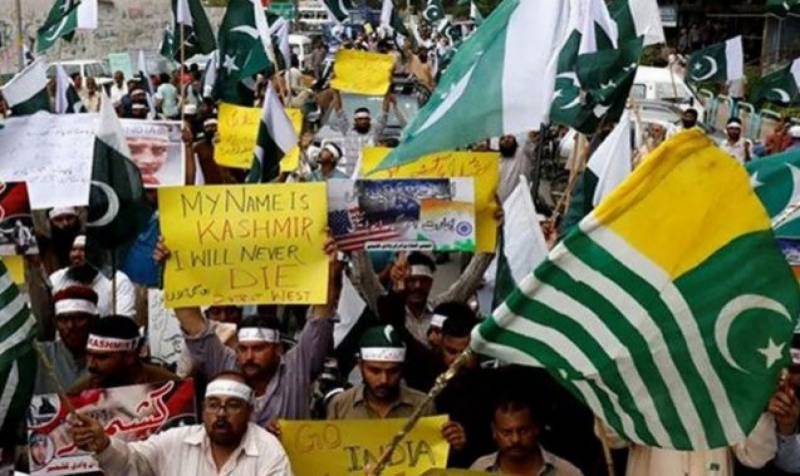 Islamabad/Lahore (Staff Report/Agencies): Black Day was observed across the country and around the world on Sunday to express solidarity with Kashmiris.

Several programmes including rallies and seminars were planned throughout the country to show solidarity with the people of Occupied Kashmir and to convey to the world that they reject India's illegal occupation of the territory on this day in 1947.

On the occasion of Black Day, President Arif Alvi and Prime Minister Imran Khan reaffirmed Pakistan’s unflinching moral, political and diplomatic support to the people of occupied Kashmir till realisation of their legitimate right to self-determination.

In Azad Kashmir, rallies, demonstrations and protest gatherings were held in all small and big cities of the state under the auspices of Kashmir Liberation Cell, Huriayat and religious organisations.

On the day in 1947, Indian troops invaded Jammu and Kashmir and occupied it in a blatant violation of the Partition Plan of the subcontinent and against the Kashmiris' aspirations.