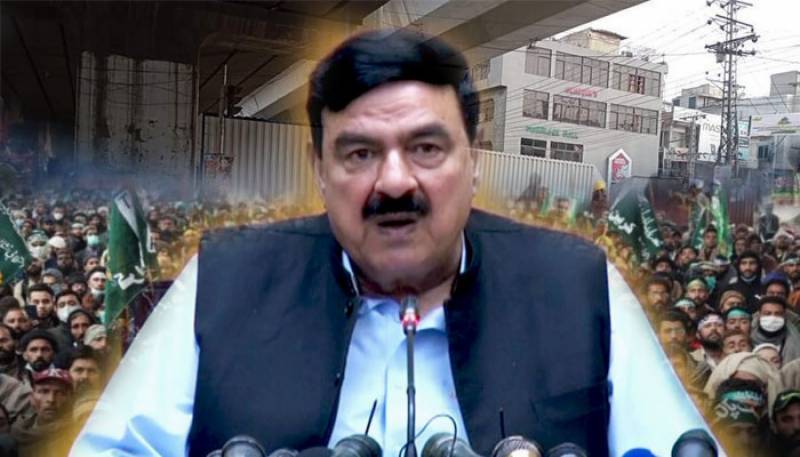 Islamabad (Staff Report/Agencies): Interior Minister Sheikh Rashid Ahmed on Wednesday that the Rangers were being called for 60 days in Punjab to maintain law and order after recent clashes with the proscribed Tehreek-i-Labbaik Pakistan (TLP).

“Rangers has been deployed in Punjab for 60 days to maintain law and order after recent clashes with the banned TLP, however, I still requested the group to end their protest,” Rashid said while addressing a press conference.

Earlier, Minister for Information Fawad Chaudhry said the government has decided to treat the banned TLP as a militant organisation and will ensure it met the fate as that of other terrorist organisations.

Chaudhry said that the banned TLP had no “status” or access to arms like other terror groups, adding that a “show” had been staged the past six times, and the government had shown “great restraint”.

The minister further warned those “spreading fake news on YouTube and other platforms of social media pertaining to the organisation”.

“Such people also comprise persons from the media industry. We are asking you to drop the culture of fake news or we will come down hard on you.”

Chaudhry recalled that six police personnel were martyred while more than 700 others were injured in clashes with the TLP workers last time.

“Now, in the span of just two days, three cops have been martyred while more than 49 are injured,” the minister maintained.

The minister also lashed out at what he called “fake news” on social media and called on those spreading misinformation to mend their ways.