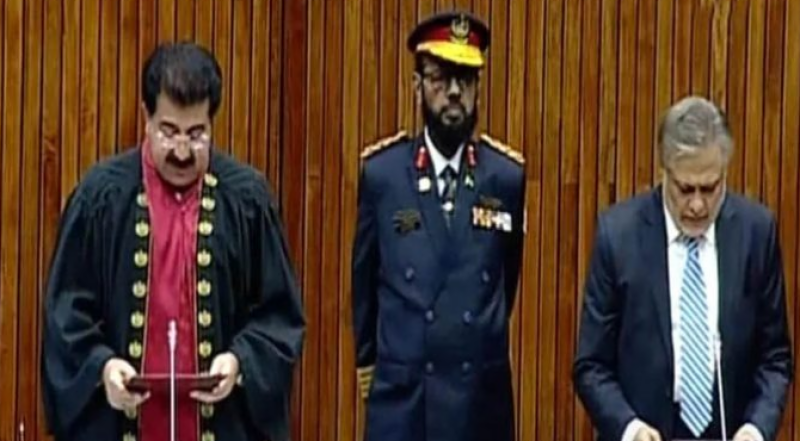 Senate Chairman Sadiq Sanjarani administered the oath to Dar amid the ruckus created by the Opposition in the House.

Ishaq Dar had been successfully elected to the Senate from Punjab but had been out of the country since October 2017.

During the swarming of the PML-N senator, PTI members tore the copies of the agenda of the meeting to register their protest and also surrounded the dais.

The Senate chairman directed all members to maintain the decorum of the Upper House as Dar continued to receive felicitations from members of the coalition parties.