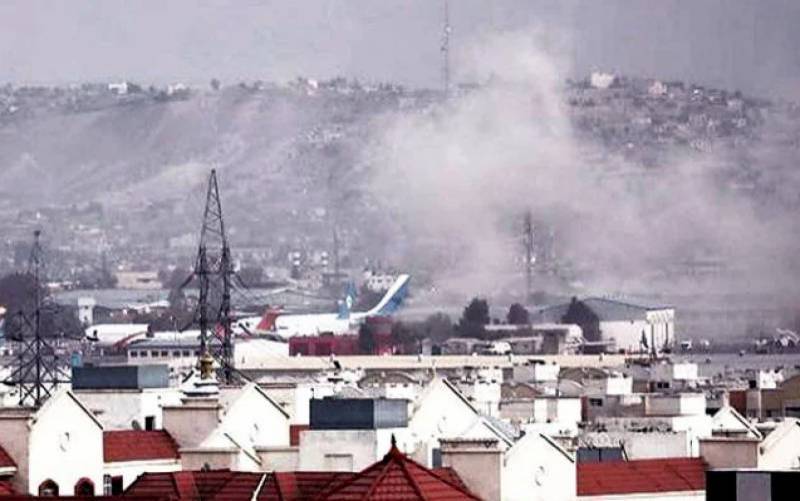 Kabul (Web Desk): The US conducted a drone strike against an Islamic State target in Afghanistan on Saturday.

US CentCom confirmed the strike took place in Nangarhar province, east of Kabul and bordering Pakistan against a “planner” of the Daesh-Khorasan, which claimed credit for the Kabul airport suicide bombing that killed scores of Afghans, 13 American troops and a number of foreigners.

The strike comes after a suicide bombing at Kabul airport killed 13 US troops and scores of Afghan civilians.

President Joe Biden vowed on Thursday that the United States would hunt down those responsible for the attack, saying he had ordered the Pentagon to come up with plans to strike at the perpetrators.

There are roughly 5,000 US troops at Kabul's airport, helping to evacuate American citizens, at-risk Afghans and other nationalities before Biden's Tuesday deadline.

Thursday’s attack marked the first US military casualties in Afghanistan since February 2020 and represented the deadliest incident for American troops there in a decade.

“We will not forgive, we will not forget. We will hunt you down and make you pay,” Biden said Biden shedding support from independent voters as Delta variant spreads in remarks at the White House on Thursday.