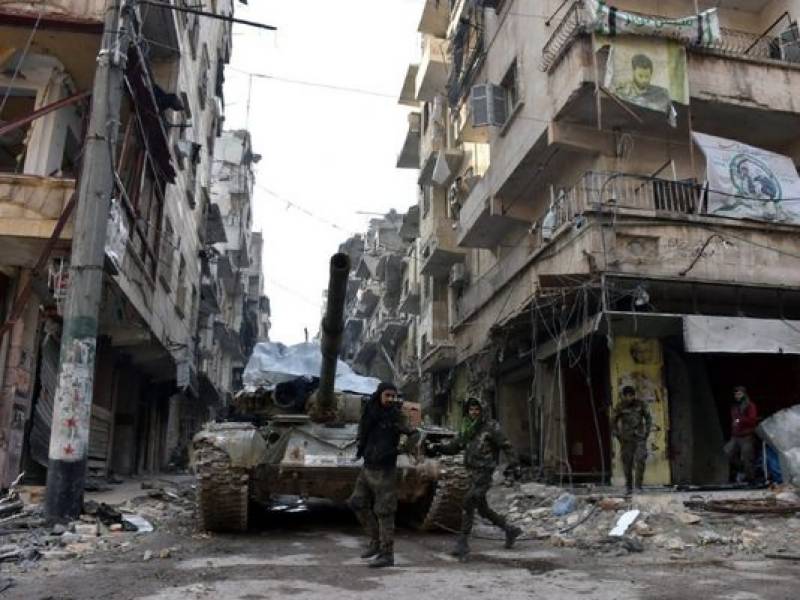 Moscow (Web Desk): Russia and Turkey have agreed on the terms of a proposed ceasefire in Syria, Turkish state media report.

The Anadolu news agency cited an unnamed source as saying the two states were working to ensure the ceasefire would start after midnight (22:00 GMT).

"Terrorist organisations" would be excluded from the deal, the source added, without giving further details.

There was no immediate comment from the Syrian government or opposition, BBC reported on Wednesday.

Russia - which has carried out an air campaign in support of President Bashar al-Assad - and Turkey - a major backer of the rebellion - announced last week that they were ready to help end the war, after agreeing a set of principles for any peace deal. They were joined by Iran, another staunch Assad ally.

Anadolu said that if the proposed ceasefire held, peace talks would be convened in Kazakhstan's capital, Astana, with Turkey and Russia acting as "guarantors".

Earlier this month, the two countries negotiated a ceasefire in the northern Syrian city of Aleppo that led to tens of thousands of rebel fighters and civilians being evacuated from the besieged, rebel-held east.

The last round of UN-brokered talks aimed at finding a political solution to the conflict ended in April, after a nationwide cessation of hostilities negotiated by Russia and the US the previous month collapsed.

Another cessation of hostilities agreed in September was meant to see the US and Russia co-ordinate air strikes against two UN-designated terrorist organisations - so-called Islamic State and the rival jihadist group Jabhat Fateh al-Sham. But it also broke down within days.

On Tuesday, Russian Foreign Minister Sergei Lavrov told the Interfax news agency that the Syrian government was consulting the opposition ahead of possible peace talks in Kazakhstan.