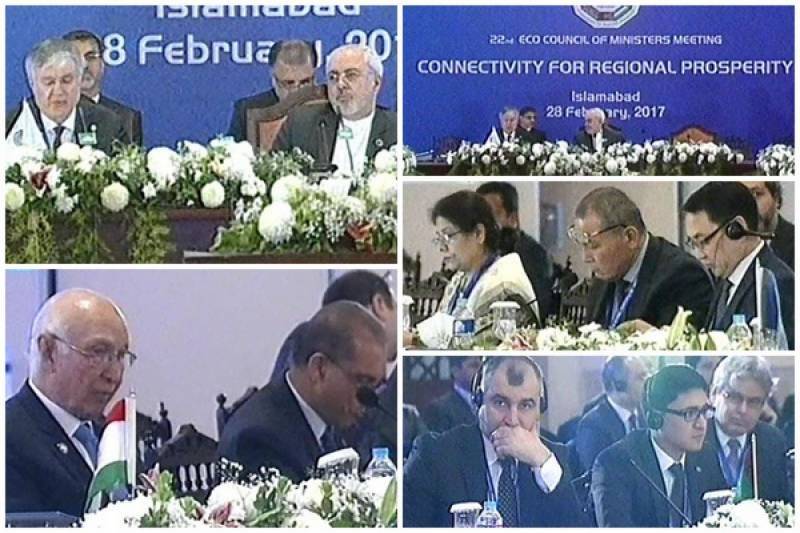 Islamabad: Economic Cooperation Organization (ECO) is a regional framework for disaster risk reduction and is in the process of development, says organization’s Secretary General Halil Ibrahim.

Addressing to ECO’s councils for ministers on Tuesday, Ibrahim stressed the need for persistent efforts and exploring all possibilities for harnessing the full potential of the organization for development and prosperity.

The secretary general highlighted projects and plans being implemented in different fields including trade and investment, transport, communication, energy, environment and others. He said the ECO has signed forty-five MoUs and Agreements with UN system and other international organizations and these are at various stages of implementation, Radio Pakistan reported.

He said population of ECO region has reached 471 million and its GDP has crossed $1 trillion. He pointed out that ECO intra-regional trade has increased to 8.3 percent in 2016 as compared to 5.3 percent in 2000.

The outgoing chairman of the council, Iran's Foreign Minister Javad Zarif said the organization should invest more time and energy for implementation of ECO Vision 2025.   He said the member-states want ECO to focus on projects and programmes, which bring about maximum economic benefits to members and the region as a whole.

The Iranian Foreign Minister expressed the confidence that Vision 2025 and associated plans of action would broaden regional integration and cohesion.

He said continued regional cooperation within the ECO framework would require enhanced institutional and operational capacities in the organization.

Afghanistan will become biggest man-made disaster if world fails to ...