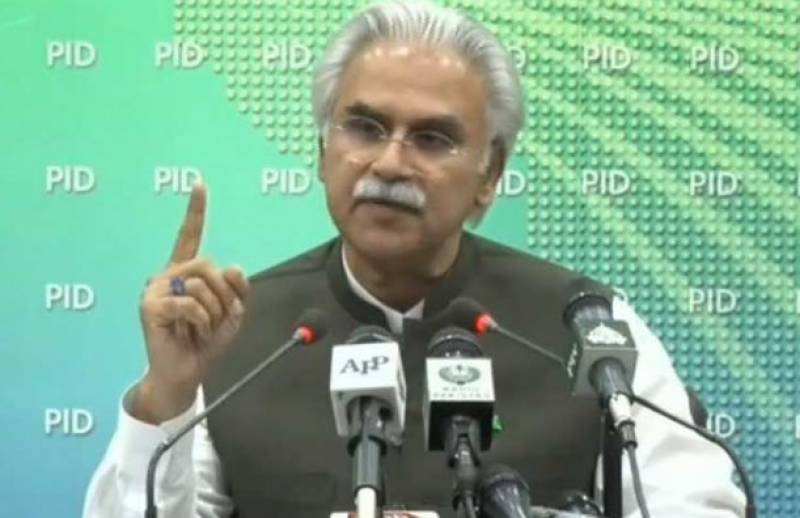 Islamabad (Web Desk): Special Assistant to Prime Minister (SAPM) on Health Dr Zafar Mirza has said that the two patients of coronavirus in Pakistan are 'stable and improving'.

In a tweet on Thursday night, the SAPM said that all those contacts who were traced up until now and had been tested were negative for the virus.

On Wednesday, Pakistan confirmed its first two cases of novel coronavirus. The cases were reported one each in Sindh and a federal area.

“I can confirm first two cases of corona virus in Pakistan. Both cases are being taken care of according to clinical standard protocols & both of them are stable. No need to panic, things are under control,” the SAPM had said in a tweet.

Speaking to newsmen on Thursday, Dr Zafar Mirza said that the contagious disease would not take a form of an outbreak in Pakistan.

The SAPM also reviewed the situation at the Taftan-Zahdan border and said Pakistani pilgrims returning from Iran will be gradually allowed entry – in batches – into the country and will be screened thoroughly by medical personnel deployed at the border.

"Point of entry is being strengthened", he said in another tweet.

On Friday morning, Mirza shared pictures from his visit to the Taftan-Zahdan border.

COVID-19 broke out in the central Chinese province of Hubei in December. The mysterious disease has killed over 2,700 people, mostly in the epicentre of the outbreak. Outside mainland China, the virus has spread to more than 30 countries.