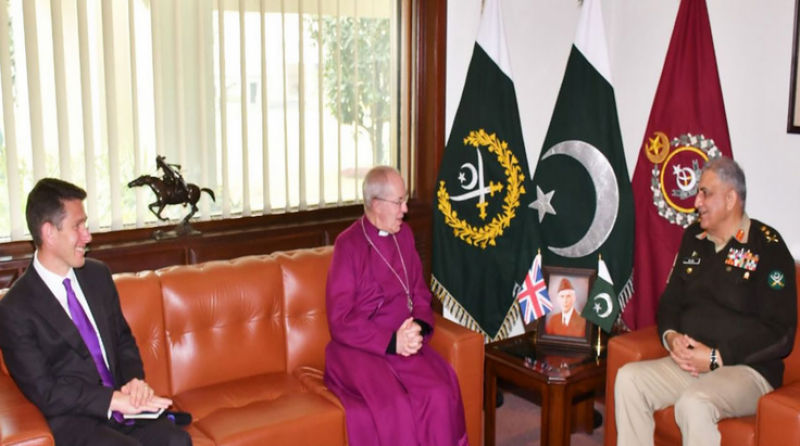 According to the Inter-Service Public Relations (ISPR), matters of mutual interest, religious and inter-faith harmony were discussed during the during the meeting.

The COAS acknowledged the role of Christian brethren not only towards creation of Pakistan but also for their contributions towards its progress.

He appreciated the role of various institutions in the fields of education, health and public welfare being managed by Christian community across Pakistan.

The army chief especially acknowledged their contributions in defence of motherland as part of Pakistan Armed Forces.

The Archbishop acknowledged Pakistan Army's efforts in combatting terrorism and providing secure environment to the minorities in the country.

He also pledged that the Christian community shall contribute whole heartedly towards public welfare.