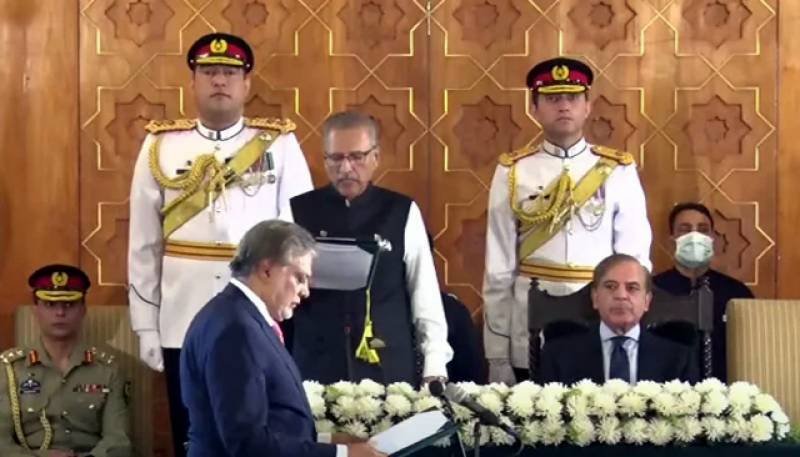 President Arif Alvi will administer the oath to Dar at Aiwan-e-Sadar.

Senate Chairman Sadiq Sanjarani administered the oath to Dar amid the ruckus created by the Opposition in the House.

Ishaq Dar had been successfully elected to the Senate from Punjab but had been out of the country since October 2017.