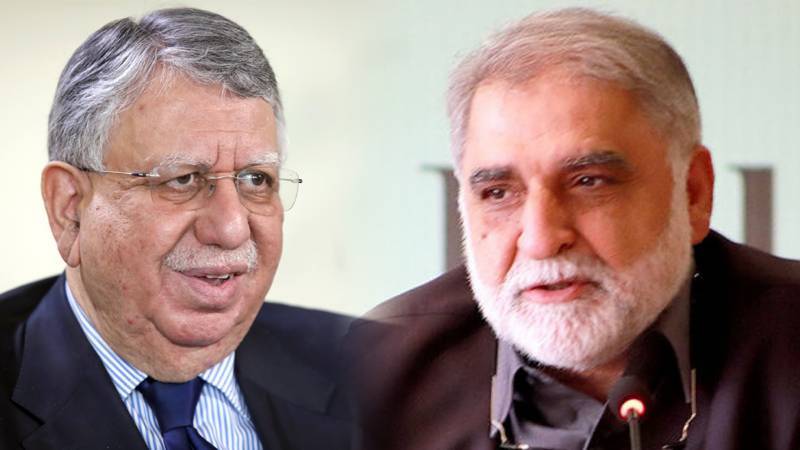 Islamabad (Staff Report/Agencies): Pakistan Tehreek-e-Insaf (PTI) Secretary-General Asad Umar said on Monday that there was “nothing wrong” in the leaked conversations and Shaukat Tarin being a former finance minister understands the country’s economy, therefore, he didn’t suggest anything wrong.

Addressing a press conference along with Khyber Pakhtunkhwa Finance Minister Taimur Khan Jhagra, Umar said Tarin asked the finance ministers to tell the federal government that it should seek a concession in the budget surplus that was initially agreed upon. He added that it is sensible to seek concession from the international lender — given the current situation.

The PTI leader said that the party has publicly opposed the terms on which “imported government” is taking loans from the international money lender.

Earlier, two audio clips surfaced via TV channels and social media; in one, the man said to be Tarin can be heard guiding Punjab Finance Minister Mohsin Leghari to tell the federal government and the IMF that he would not be able to commit to a provincial budget surplus in light of the recent floods that have wreaked havoc in Pakistan.

“We only wanted the provincial finance minister to write to the federal government so “pressure falls on these… they’re jailing us, filing terrorism charges against us and they’re going away completely scot-free. We can’t allow this to happen,” the voice purportedly that of Tarin’s is heard telling Leghari.

On Friday, Jhagra had written a letter to Finance Minister Miftah Ismail, informing the federal gocernment that his KP administration might find it difficult to run a provincial surplus this year in view of flood-related damages.

PTI senior leader Shireen Mazari already acknowledged the audio clips, saying there was “nothing illegal or wrong” in the conversations. “We have publicly opposed the terms on which the imported govt is taking loan from IMF.”

So audio call btwn Tarin & prov FM leaked. There is nothing illegal or wrong in the convo. We have publicly opposed the terms on which imported govt is taking loan from #IMF. But what is illegal is the wire tapping done on conversation without court order. A criminal offence.

The move came to the fore on the day that the international lender’s executive board is scheduled to meet for considering Pakistan’s request of releasing the $1.2 billion tranche under the Extended Fund Facility (EFF).