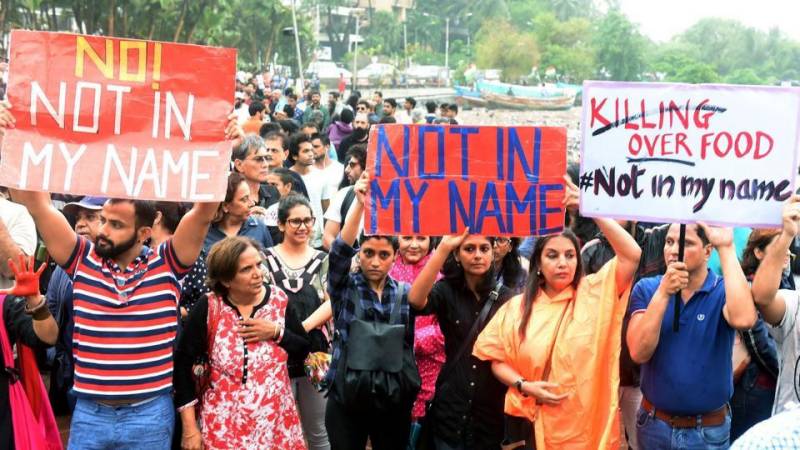 New Delhi, India (Web Desk): Indian celebrities along with thousands of Indian people came out on roads to protest against mob lynching of a 16-year old Muslim boy, who was stabbed to death on a train on suspicion of possessing beef.

In several places, including Delhi, Mumbai, Bengaluru, Hyderabad and Kolkata, protesters gathered under the “Not In My Name” banner to make a strong statement against violence perpetrated by right-wing Hindu groups and cow-protection vigilantes.

The protests were seen as an immediate reaction to the brutal stabbing of a 16-year-old Muslim boy, Junaid, on a train. Earlier this month, a Muslim social worker was lynched allegedly by government officials in Rajasthan.

Muslim dairy farmer Pehlu Khan was killed by cow protection vigilantes at Rajasthan’s Alwar in April. The families of Junaid and Pehlu were also present at the site of the Delhi protest. A large number of people seen at Town Hall in Bengaluru Shabana Azmi holding playcard 'Not In My Name' inscripted on it Protestors at GPO in Lucknow