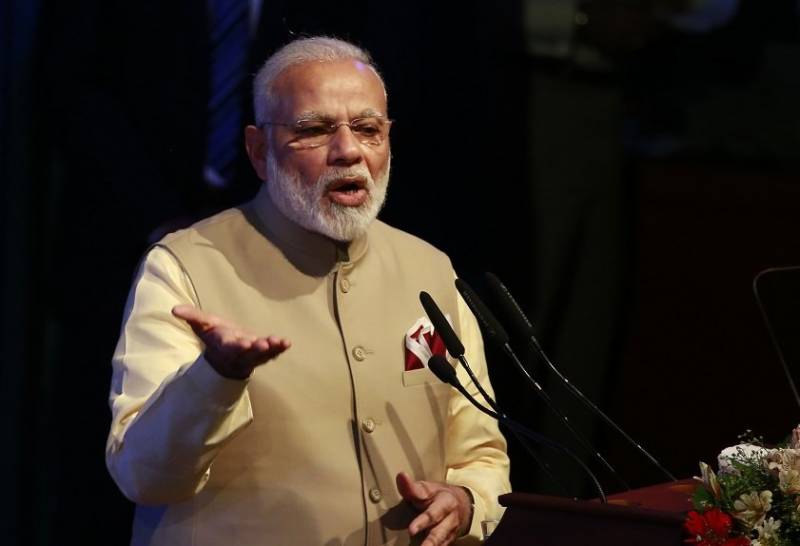 New Delhi, India (Reuters): Indian Prime Minister Narendra Modi on Thursday broke his silence over a wave of attacks on people accused of eating beef or slaughtering cows, saying that killing in the name of an animal sacred to majority Hindus was wrong.

Modi was speaking a week after a 16-year old Muslim boy was stabbed to death on a train on suspicion of possessing beef, the latest of an estimated 28 people killed in cow-related violence since 2010.

Most of the victims were killed after Modi and his Hindu nationalist party won elections three years ago.

"Killing people in the name of 'gau bhakti' is not acceptable," he told a crowd at a Hindu ashram, or place of meditation, referring to cow worship.

"No person in this nation has the right to take the law in his or her own hands," he said at the ashram dedicated to the father of the nation and pacifist Mahatma Gandhi, in Modi's home state of Gujarat.

Modi said protecting cows was right, but it should be done legally.

The slaughter of cows is banned, and the consumption of beef restricted, in most Indian states. But millions of people in the minority Muslim and lower-caste Hindu communities depend on work in the meat and leather industries.

Since coming to power, Modi has found it difficult to balance the competing demands of Hindu right-wing groups - some linked to his party - intent on promoting a Hindu ideology and protecting cows, and promoting development and an image of a modern, secular India befitting its growing economic influence.

On Wednesday, small protests were held in several cities to denounce the lynchings and to pressure the government to do more.

Meanwhile, Modi's party has consistently said it does not make any distinction between citizens on the basis of religion.