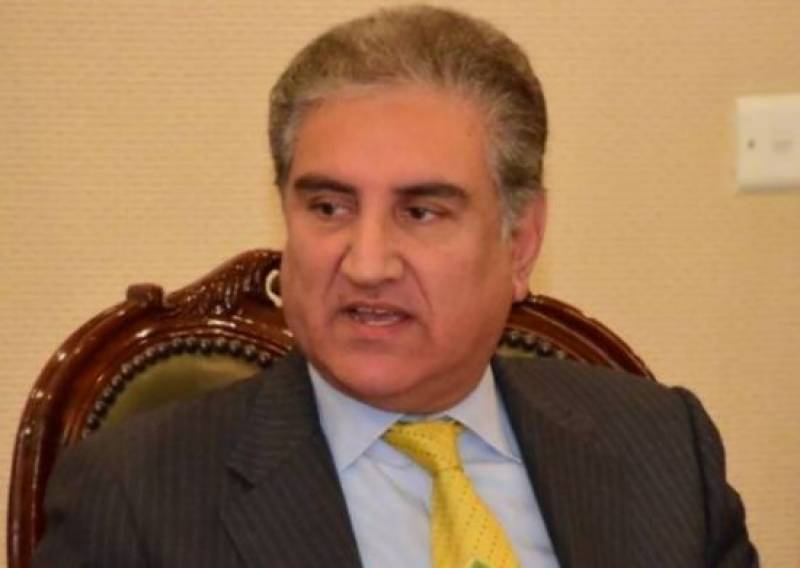 In a statement regarding the progress made in the investigation of Lahore blast, the foreign minister said our intelligence agencies, Punjab Counter Terrorism Department (CTD) and police have conducted a scientific investigation deeply and arrested responsible.

Expressing concern over the support of anti-state agencies behind the blast, he said the anti-terror financing investigating agencies should conduct a thorough inquiry exposing elements involved financial resources for such operations.

“Some elements in Afghanistan are also playing the role of spoilers who want instability in Pakistan,” FM Qureshi said, adding that Pakistan has rendered unprecedented sacrifices against terrorism and we have also set our direction.

The foreign minister said that an important meeting is being convened on national security on Thursday and members of Parliamentary Committee on National Security will attend the meeting.

He said that parliamentarians from all parliamentary parties are also invited to attend the meeting.

The meeting is aimed to brief the participants about the facts and law and order situation in Afghanistan and the region as well.

Referring the situation of Afghanistan, the foreign minister said Pakistan desires peace and stability in Afghanistan and Islamabad is playing its conciliatory role in the Afghan peace process.