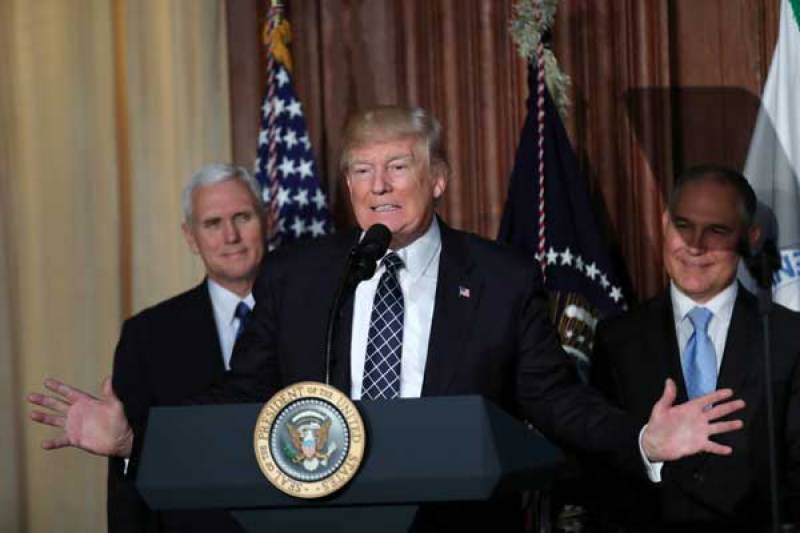 Trump's main target is former president Barack Obama's Clean Power Plan, which required states to slash carbon emissions from power plants - a key factor in the United States' ability to meet its commitments under the climate change accord reached by nearly 200 countries in Paris.

Chinese Foreign Ministry spokesman Lu Kang said climate change was a common challenge for everyone and the Paris agreement was a landmark that came about with the hard work of the international community, including China and the United States.

China is keen to be seen leading the way in reducing climate change which Trump has in the past dismissed as a "hoax".

Lu told a daily news briefing, "We still uphold that all sides should move with the times, grasp the opportunities, fulfill their promises and earnestly take proactive steps to jointly push the enforcement of this agreement."

He further stated, "No matter how other countries' policies on climate change change, as a responsible large developing country, China's resolve, aims and policy moves in dealing with climate change will not change."

"We are willing to work with the international community to strengthen dialogue and cooperation, to join hands to promote the process of tackling climate change to jointly promote green, low carbon sustainable development for the whole world, to create an even better future for the next generation."

China had fought previous attempts by foreign governments to limit carbon emissions, claiming it should be allowed the same space to develop and pollute that industrialized nations had.

But with its capital often choked by smog and its people angry about the environmental devastation that rapid development has wrought across the country, Beijing has become a strong proponent of efforts to halt global warming rather than a hindrance.