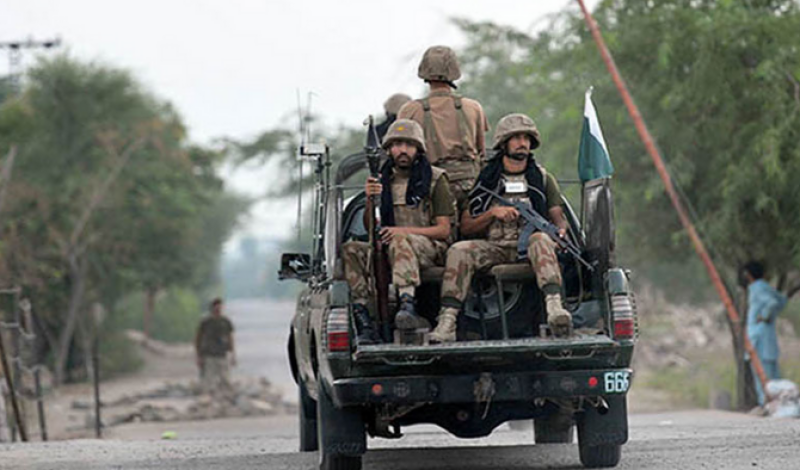 Rawalpindi (Web Desk): Four terrorists were killed and one apprehended in Lakki Marwat during a joint operation of Pakistan Army and Khyber Pakhtunkhawa (KP) Police, the military's media wing said on Tuesday.

According to a statement by the Inter Services Public Relations (ISPR), Army and Police conducted a joint Intelligence Based Operation (IBO) on reported presence of terrorists in Sheri Khel area of Lakki Marwat on night between March 28 and March 29.

"During an intense exchange of fire, four terrorists were killed and one apprehended," the ISPR said adding that the killed terrorists have been identified as Commander Sajid, Aleem, Aftab and Fazal ur Rehman.

The ISPR said a large number of weapons and ammunition was also recovered from the terrorists, who remained actively involved in kidnapping and terrorist activities against innocent civilians and security forces.

"They were also involved in shahadat of an FC soldier in January this year," the statement added.

Locals of the area appreciated the operation and expressed their full support in eliminating the menace of terrorism from the area,  the ISPR said.