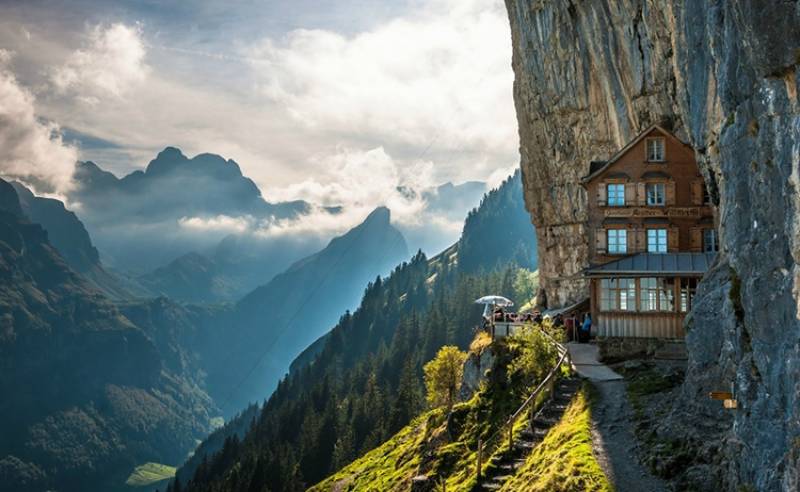 Valais, Switzerland (Web Desk): A fusion of Italian, French and German cultures but still with a strong identity of its own, Switzerland makes an alluring travel destination for the adventure lovers. The landlocked European country is known for its attractive cities, its apre-ski chic and famously idyllic mountain scenery. Now, the municipality president of a tiny beautiful Swiss village of Albinen is paying people to move there. The small village of Albinen near Leukerbad in Valais is now offering families handsome sums of money to move to their remote community. Albinen is a quiet, peaceful town with spectacular alpine views, but according to municipality president Beat Jost, families and young people are leaving in droves. The population has dwindled to a measly 240, and the village school has even closed, forcing the community’s 7 remaining children to commute to another nearby town. So, what’s a small village in a rich country to do in times like these? Pay off prospective new residents, of course! The initiative is meant to attract families and people under age 45 who are seeking to buy or build a new home. Each adult will be offered a little over $25 thousand for their time, with each child being worth about $10 thousand. This means that a family of four could rake in more than $70 grand, provided their investment in a home totals at least $200k. If you’re like Feodor Vassilyev, the Russian peasant who sired 69 children with his first wife, you’d be in for over $700k. All those mangy kids of yours might finally prove to be a return on investment! Mothers, fathers to get six weeks paid leave after birth of child

Get gorgeous and beautiful overnight