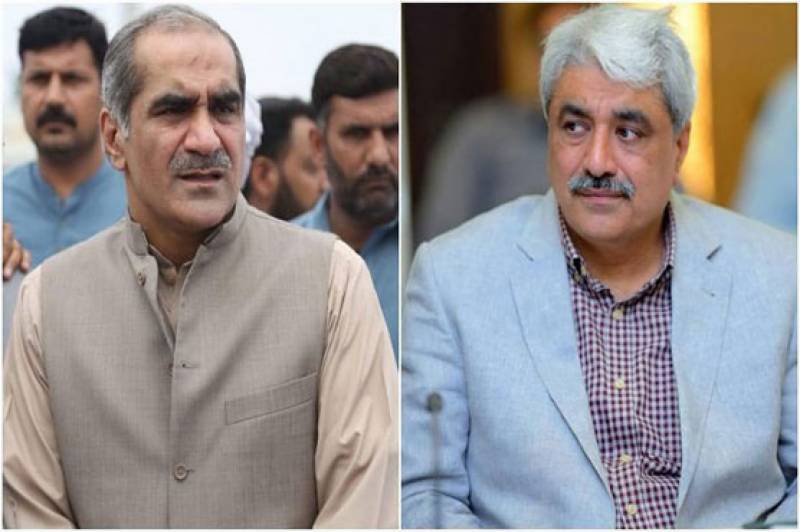 According to details, the PML-N leaders were produced by the National Accountability Bureau (NAB) before the accountability court’s Duty Judge, Ameer Muhammad Khan in absence of Judge, Jawadul Hassan.

Not a single witness’s statement was recorded in today’s hearing. The court rescheduled the hearing of the case to December 9.

Before the hearing started, Khawaja Saad Rafique scuffled with security personnel for stopping his party workers from meeting him.

Khawaja brothers had filed petitions for their acquittal and also challenged the jurisdiction of the court in the case.

On April 26, the NAB Lahore had approved filing of a reference against the Khawaja brothers and Nadeem Zia for the alleged corruption.

Qaiser Amin Butt, the director of Paragon Housing Society, was also included in the inquiry initiated by the NAB, and he was also arrested in November last year. Later, he agreed to turn approver against the Khawaja brothers and Zia.

Butt and Zia established a company “Air Avenue” in the year 2003; however the name was later changed to Paragon City private (Pvt) Limited.

NAB Lahore had issued a press release after the arrest stating that “accused Saad Rafique along with his benamidaar wife Ghazala Saad Rafique, brother Salman Rafique in association with Qaiser Amin Butt and Nadeem Zia established a housing project in the name of Air Avenue which was converted into a new housing project namely M/S Paragon City Pvt Limited.

Record shows that M/S Paragon City is an illegal society.”

“Accused has been and is continuously obtaining illegal/ illegitimate funds/ benefits from said project as he obtained 40 kanal plots in his own name and the name of his brother Salman Rafique,” the bureau had said.