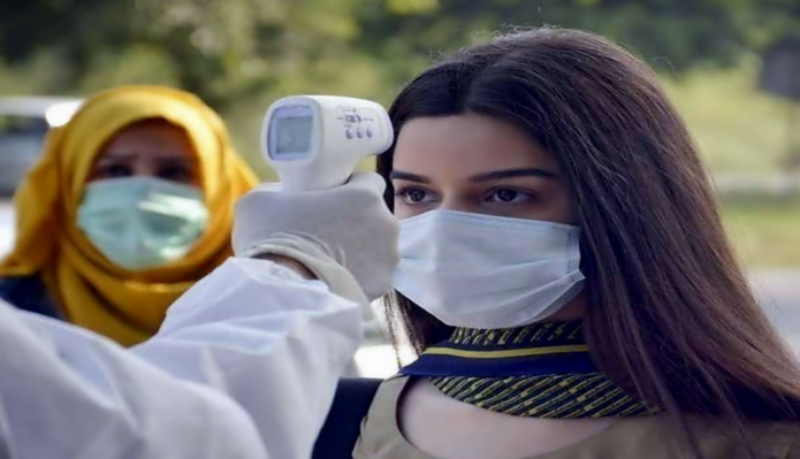 Lahore/Quetta/Karachi/Peshawar (Staff Report/Agencies): The number of confirmed COVID-19 cases in Pakistan rose to 1,284,365 on Monday after 176 new cases surfaced in the country during the last 24 hours.

As per the National Command and Operation Centre (NCOC) data, 29,530 tests were conducted in last 24 hours while positivity ratio remained 0.59%.

According to the government's COVID-19 portal, the death toll related to coronavirus has reached to 28,718 with 9 fatalities reported during the last 24 hours.

Over the last twenty four hours, total number of recovered COVID-19 patients across the country reached 1,241,909 after another 148 virus recoveries were reported.

Meanwhile, Federal Minister for Planning and Development Asad Umar, who also heads the NCOC, warned on Monday that the latest concerning variant of the coronavirus, Omicron, will inevitably come to Pakistan and the country had only a few weeks to contain its threat.

Addressing a press conference alongside Special Assistant to the Prime Minister (SAPM) on Health Dr Faisal Sultan, Umar urged the citizens to get vaccinated and complete their doses.

He said the initial information the government had received was that although Omicron was a "very dangerous" variant, vaccination will be effective against it.

Asad Umar said aid additional measures were being taken such as increasing the number of daily tests, particularly in high-risk areas, which had previously been reduced as the positivity rate declined.

Speaking on the occasion, Dr Faisal Sultan explained why the new variant was being treated as a "variant of concern", saying it was "clear it is spreading faster compared to previous variants".

It is pertinent to mention that the global coronavirus cases have reportedly surpassed 261.844 million and death toll tops 5,219,583.