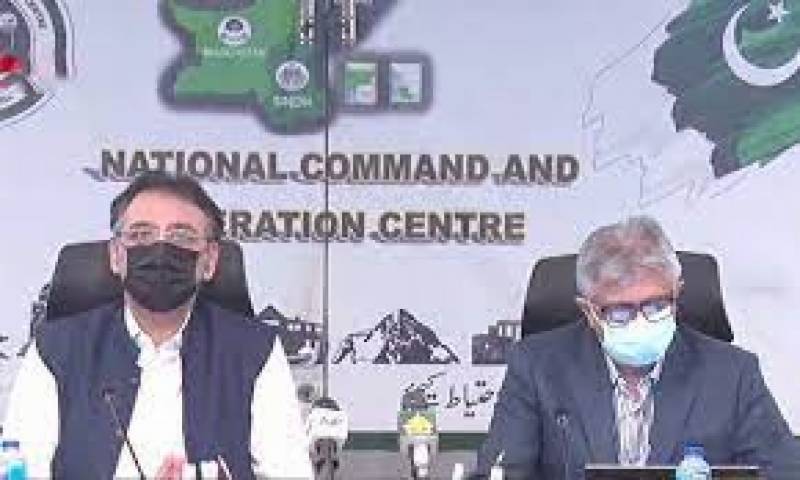 Islamabad (Web Desk): Federal Minister for Planning, Development and Special Initiatives Asad Umar, who also heads the National Command and Operation Centre, warned on Monday that new variant of the coronavirus Omicron will inevitably come to Pakistan and the country has only a few weeks to contain its threat.

Addressing a press conference alongside Special Assistant to the Prime Minister (SAPM) on Health Dr Faisal Sultan, the NCOC chief said that vaccination is the most effective way of protection against Omicron variant.

The minister urged the citizens to get vaccinated and complete their doses.

Asad Umar said that additional measures were being taken such as increasing the number of daily tests, particularly in high-risk areas, which had previously been reduced as the positivity rate declined.

Speaking on the occasion, Dr Faisal Sultan said that the new variant was dangerous in the sense that it had the ability to spread more rapidly than the earlier variants.

Earlier, the Sindh government decided to make a booster dose of the coronavirus vaccine compulsory after the discovery of the new COVID-19 variant.

Sindh Health Secretary Zulfiqar Ali Shah on Sunday said that it has been decided to make the booster dose mandatory across the province because of the new variant. He said that the Pfizer vaccine will be administered as a booster jab.

On Saturday, Pakistan announced a ban on entry from six southern African nations and Hong Kong following the emergence of Omicron.

In a post on Twitter, NCOC chief Asad Umar said: “Based on the emergence of the new covid variant, notification has been issued restrict travel from 6 south African countries and Hong Kong. The emergence of new variant makes it even more urgent to vaccinate all eligible citizens 12 years and older”.

It is pertinent to mention that the South African scientists on November 25 said that they had detected a new COVID-19 variant in small numbers and were working to understand its potential implications.