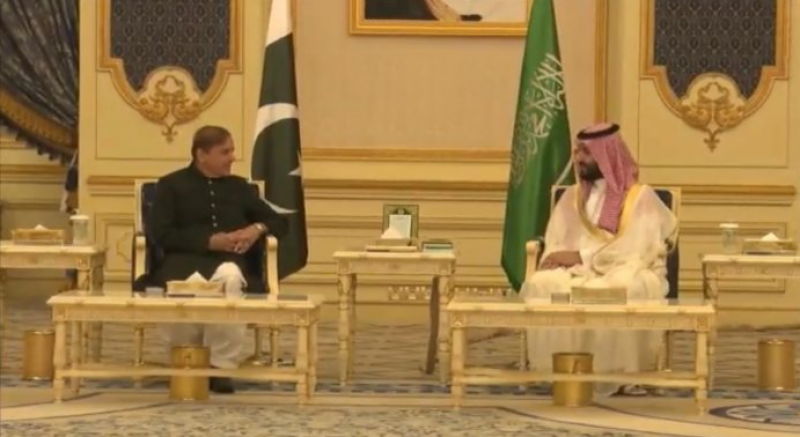 During a meeting at the Royal Palace, they also discussed issues of mutual interest, global and regional issues.

On the occasion, the prime minister was accompanied by the members of his delegation including federal ministers.

Earlier, upon his arrival at the Palace, the prime minister was warmly welcomed by the crown prince. He was given a guard of honour.

The prime minister is undertaking his three days official visit to Saudi Arabia on the invitation of the Saudi crown prince.