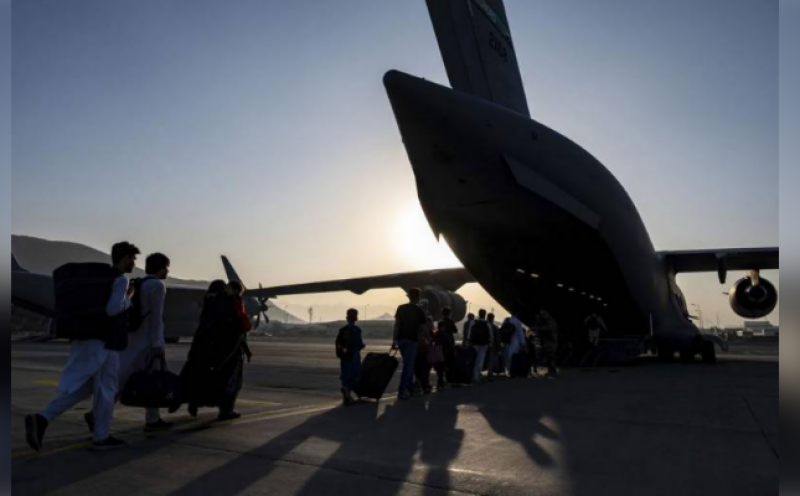 Kabul (Agencies): Rockets were fired at Kabul airport Monday amid the ongoing US withdrawal from Afghanistan but were intercepted before they could do damage.

An international news agency, quoting a statement by the White House, said that US President Joe Biden was briefed on the rocket attack at the Hamid Karzai Airport in Kabul.

The statement added that the US president was also informed that operations at the airport were not interrupted.

According to a US official, many as five rockets were fired at Kabul's international airport but were intercepted by a missile defense system.

US military cargo planes continued their evacuations at the airport after the rocket fire.

It is pertinent to mention that the US is to withdraw from Afghanistan by August 30.

By then, the US is set to conclude a massive two-week-long airlift of more than 114,000 Afghans and foreigners and withdraw the last of its troops, ending America’s longest war with the Taliban back in power.

On Sunday, the US State Department released a statement signed by around 100 countries, as well as Nato and the European Union, saying they had received “assurances” from the Taliban that people with travel documents would still be able to leave the country.

The Taliban have reportedly said that they will allow normal travel after the US withdrawal is completed on Tuesday and they assume control of the airport.

The departure of the last troops will mark the end of the US-led military intervention in Afghanistan, which began in late 2001, after the al Qaeda Sept. 11 attacks on the United States.