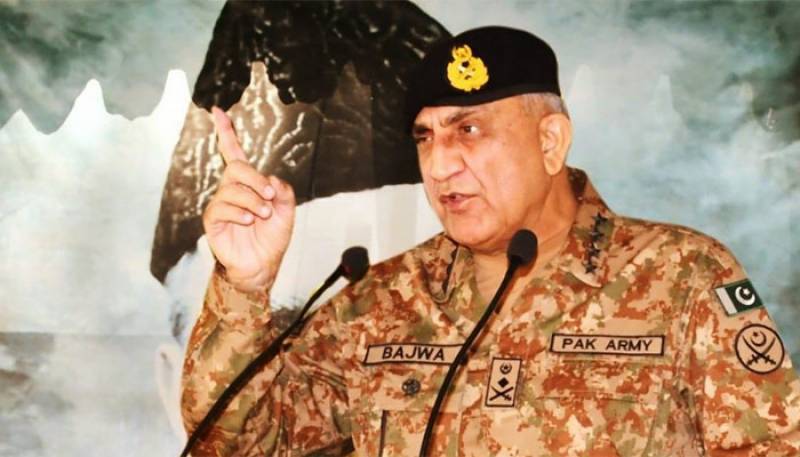 Rawalpindi (Web Desk): Chief of Army Staff (COAS) General Qamar Javed Bajwa has reiterated the resolve of Pakistan Army to fight against terrorism till elimination of this menace, the military's media wing said on Wednesday.

According to a statement issued by the Inter-Services Public Relations (ISPR), the army chief visited Corps Headquarters Peshawar and received a detailed briefing on prevailing security situation and progress of development works in the newly merged districts.

The statement said that the army chief appreciated the security forces for providing enabling environment for the completion of socio-economic development projects in the newly merged districts.

"There is a need for whole of the nation approach and unified response to counter extremism and defeat terrorism decisively," the COAS said.

The COAS reiterated the resolve of the army to fight against terrorism till elimination of the menace.

He vowed that sacrifices of Shuhada (martyrs) would not go in vain and complete peace would return to Pakistan.