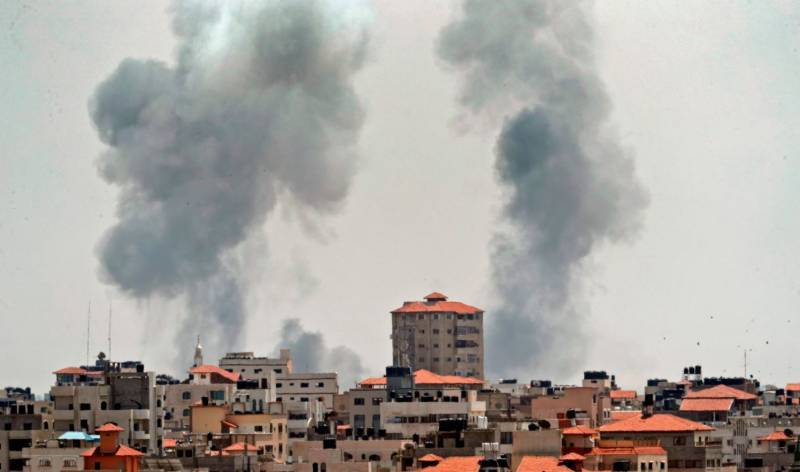 Jerusalem (Web Desk): Israel's military has launched a series of air strikes on Palestinian positions in Gaza after a barrage of rocket fire - the biggest in years - from the Strip amid soaring frustration in the coastal enclave over a crippling 12-year Israeli-imposed siege, Arab media reported.

According to details, earlier, Israeli warplanes hit more than 35 targets belonging to Hamas and Islamic Jihad, according to Israel's military. The strikes came after the Israeli army said Palestinian fighters were behind a "barrage of projectiles" fired from Gaza into southern Israel.

The firing of the rockets and mortars came as Islamic Jihad vowed to take revenge after a deadly attack against its members last week.

In a statement, the armed wings of Hamas and Islamic Jihad said their "joint response with dozens of rockets at the occupation's military positions … is a declaration that these crimes cannot be tolerated in any way".

Al-Qassam Brigades and al-Quds Brigades blamed Israel for Israel's "aggression against our people" which it described as "an attempt to shift attention away from the crimes it carried out against our peaceful civilians".

Ismail Radwan, an offical of Hamas, which runs the Gaza Strip, told Al Jazeera that Israel had escalated tensions.

"The occupiers should know that the crimes will be responded to with resistance."

Since March 30, at least 121 unarmed Palestinians have been killed by Israeli forces in protests near the fence with Israel, in which they are demanding their right to return to the homes and lands their families were expelled from during the establishment of Israel.

"There is a lot of frustration here that after more than two months of protests and more than 100 people killed Palestinians here are no closer to ending Israel's blockade of Gaza," said Al Jazeera's Bernard Smith, reporting from Gaza city.