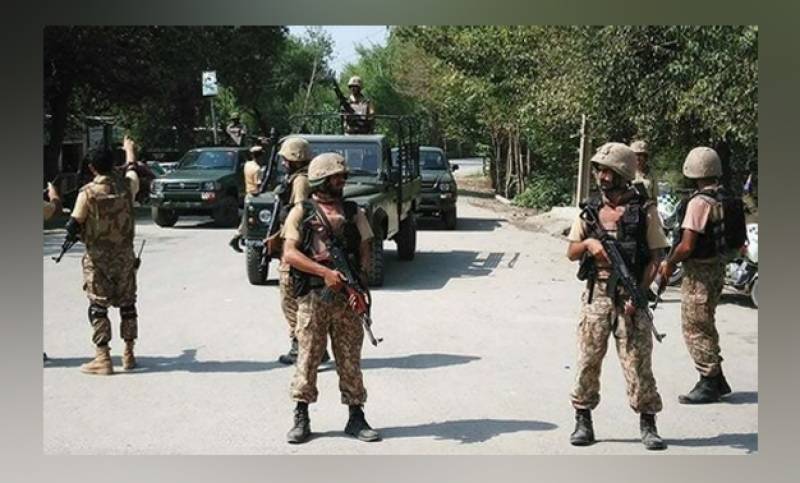 Rawalpindi (Web Desk): At least 10 terrorists were killed during an intelligence-based operation (IBO) in Balochistan’s Hoshab, says a statement issued by the Inter-Services Public Relations (ISPR).

According to military’s media wing, the IBO was conducted to clear a hideout of terrorists linked to firing incidents targeting security forces and civilians, along with planting improvised explosive devices on the Gwadar-Hoshab (M-8) Road.

“As security forces were in the process of establishing blocking positions after identification of 12-14 terrorists’ location, terrorists opened fire on the forces.

“During the ensuing heavy exchange of fire, 10 terrorists have been killed while one terrorist has been apprehended in injured condition. Two terrorists managed to escape,” the ISPR.

The military also recovered a heavy cache of arms and ammunition including improvised explosive devices.

“Security forces, in step with the nation, remain determined to thwart attempts at sabotaging peace, stability and progress of Balochistan,” the ISPR said in its statement.

There was a fierce exchange of fire between the surrounded militants and security forces, in which nine were killed. It also added that three militants were also arrested in injured condition, the ISPR said in a statement.