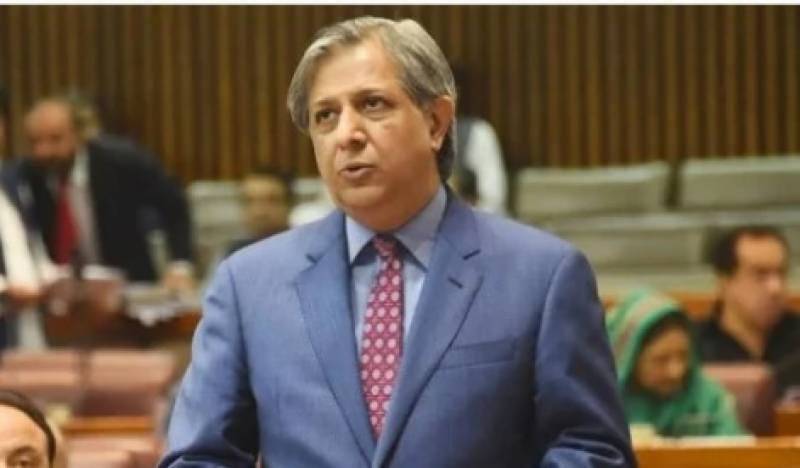 "In terms of rule 3(4) of the Rules of Business, 1973, the prime minister has been pleased to allocate the portfolio of law and Justice to Senator Azam Nazeer Tarar, Federal Minister, with immediate effect. Consequently, Sardar Ayaz Sadiq, the Federal Minister for Economic Affairs and Political Affairs, shall cease to hold the portfolio of law and Justice, " the notification read.

Senior officials of ministry of law and justice welcomed him in the office.

In his resignation letter, the PML-N leader said that he could not work as federal minister due to personal reasons.

Tarar wrote he was honoured to have served under the able leadership of Prime Minister of Pakistan, Mian Shehbaz Sharif. However, he was unable to continue in the post of Federal Minister due to personal reasons.

Earlier, Tarar, as the law minister, had supported Chief Justice of Pakistan (CJP) Umar Ata Bandial’s nominations of junior judges for elevation to the Supreme Court on the federal government instructions.

However, the sources had claimed that he was not comfortable with the government's decision, therefore, he decided to tender his resignation.

The Supreme Court Bar Association (SCBA) had also welcomed Tarar's decision saying that he showed loyalty to the party by following the government's instruction, but he stood with the bar by tendering his resignation.

On the other hand, the sources claimed that Azam Nazeer tarar was facing severe criticism from due to sloganeering during the Asma Jahangir Conference which was held last month.

Azam Nazeer Tarar was the chief guest at the conference and during his speech at the event, some participants chanted slogans against the establishment.