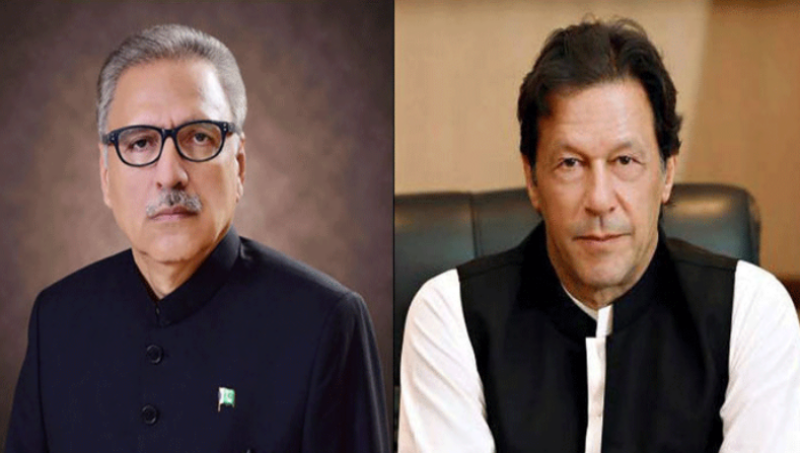 In their separate messages addressed to the nation on the occasion of Eid Milad-un-Nabi, the President and the PM said that the life of Holy Prophet (PBUH) is beacon of light for whole universe.

In his message, President Dr Arif Alvi urged the Muslim world leaders to put forth a unanimous demand before the international organizations to ensure sanctity of the Holy Prophet Khatam-un-Nabiyeen (PBUH) and desist from the blasphemy and desecration.

The president said that the condemnable incidents of blasphemy in the West had invited the wrath of Muslims across the globe.

“Such incidents created disintegration and also violated the spirit of interfaith harmony and dialogue,” he noted.

President Alvi said it is essential to spread the teachings of Holy Prophet (PBUH) and true message of the Holy Quran in order to better tackle Islamophobia and highlight real spirit of Islam.

In a separate statement on the occasion, Prime Minister Imran Khan congratulated the nation on the Prophet's (PBUH) birthday.

He said the Prophet (PBUH) established the state of Madina with justice, fraternity and equality, which is still a role model for the entire world.

Prime Minister Imran Khan has said that Prophet Mohammad (PBUH) established the state of Madina with Justice, fraternity and equality which is still a role model for the entire world.

He said that the teachings of Prophet Muhammad (PBUH) are forbearance, patience and tolerance which must be disseminated to promote peace, tranquility and interfaith harmony across the world.

Eid Milad-un-Nabi (PBUH) is being celebrated today (Friday) with great religious zeal and fervour across the country on Friday.

The day dawned with 31-gun salute at the federal capital and twenty one guns salute at all the provincial capitals.

Special prayers for the unity of Muslim Ummah and progress and prosperity of the country were offered in the mosques after Fajr prayers.

Special conferences, events and Mehfil-e-Milad have been arranged to pay respect to the Last Messenger (PBUH) whose life and teachings are beacon of light for the whole mankind.