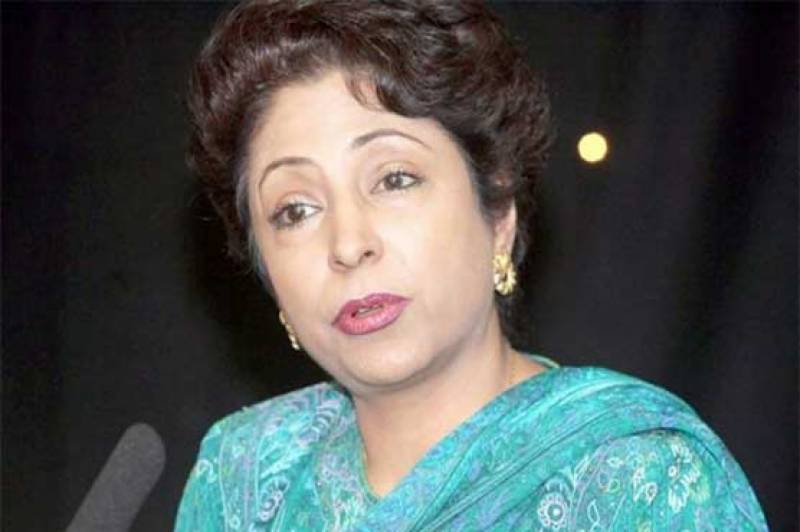 In an interview with Al-Arabiya television, Dr Maleeha Lodhi said that the IoK had become an armed cage. She urged the international community to intervene in the area before it was too late.

She said that the people of the valley should be given the right to decide their own destiny and warned of a bigger humanitarian crisis in the curfew-bound disputed territory.

"The United Nations Security Council (UNSC) has an obligation to resolve the decades-old Kashmir problem by implementing its own resolutions that pledged the right of self-determination to the Kashmiri people," Ambassador Lodhi told the Saudi channel.

Lodhi also questioned the silence of the international community on the issue. "The whole world subscribes to the principle of self-determination. Why should it be denied to the people of Jammu and Kashmir?" she asked.

The ambassador said it was time for the international community to act before it was too late, pointing out, that like the issue of Palestine, the issue of occupied Kashmir has also been on the Security Council's agenda.

Maleeha stressed that the international community should respond to the fast deteriorating situation in occupied Kashmir because it poses a danger to peace and security of South Asian region.

She said over 700,000 Indian troops have been deployed and an additional number of troops have also been sent to the valley.

“There is a communication blackout, people cannot communicate with anybody, telephone lines are not working, the Internet has been suspended, people are not allowed to go out and pray, ” she added.

The envoy said that an occupying power is using all instruments of repression, to subdue the people of Jammu and Kashmir and yet we also know from reports that we are receiving, and these are international media outlets receiving these reports, that over 500 protest demonstrations have already been held in the last 3 to 4 weeks, so people are resisting the kind of state terrorism that has been inflicted upon them.

About US president Donald Trump's statement that India and Pakistan can solve Kashmir problem on their own, the Pakistani envoy said that New Delhi had suspended the bilateral dialogue over three years ago.

She said that India refuses to talk to Pakistan and in any case, the bilateral track never limited Pakistan from raising the issue internationally because it is an international dispute and the Security Council has an obligation.