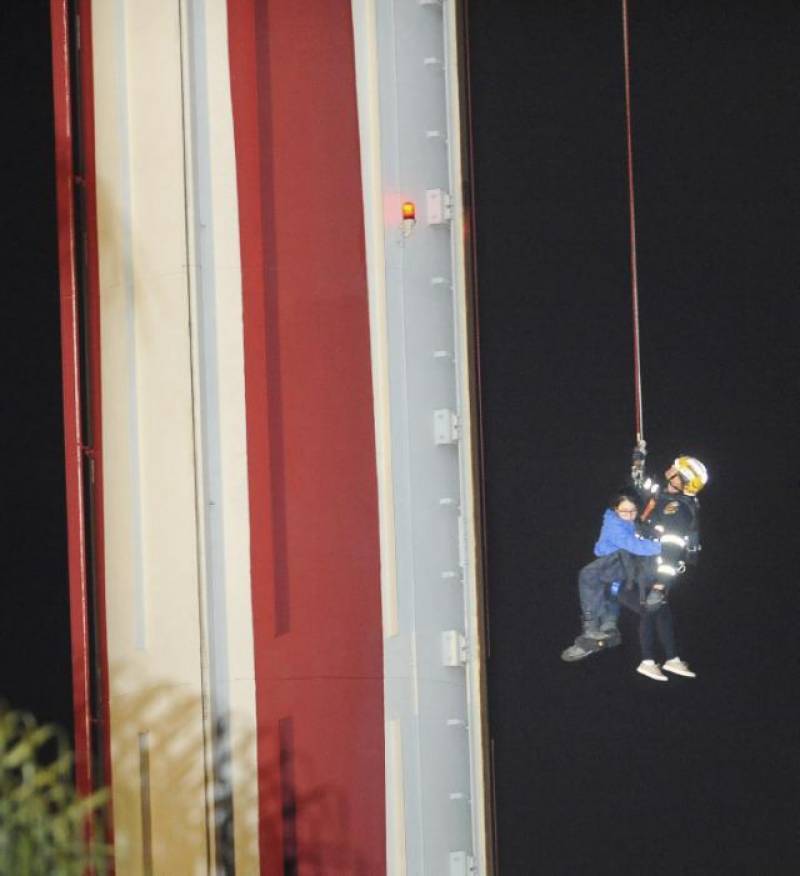 California (Web Desk): At least 21 people have been safely lowered after an amusement park ride stuck 100 feet in the air for more than six hours at Southern California's Knott's Berry Farm.

The riders, both children and adults, were harnessed to firefighters and hugging them tightly as they were lowered one-by-one from the Sky Cabin Friday night.

Firefighters briefly pulled a large, cherry-picker crane up to the ride but decided not to use it and returned to using the ropes.

The Sky Cabin is a slow-moving attraction where riders in a circular tram travel up a large cylinder, which firefighters had to climb to begin saving the passengers. The ride is fully enclosed and is more like being in a room than on a ride. The Knott's website calls it "mild" and says it's meant to give "a 360 degree panoramic view of Orange County, Catalina Island, and the LA basin."

It was 100 feet high when it stopped at about 2 p.m., Knott's said in a statement. Park mechanics made several attempts to bring it down before calling the fire department. An operator was among the 21 on the ride and was in constant contact with the ground.

Apple gets permit to test self-driving cars in California