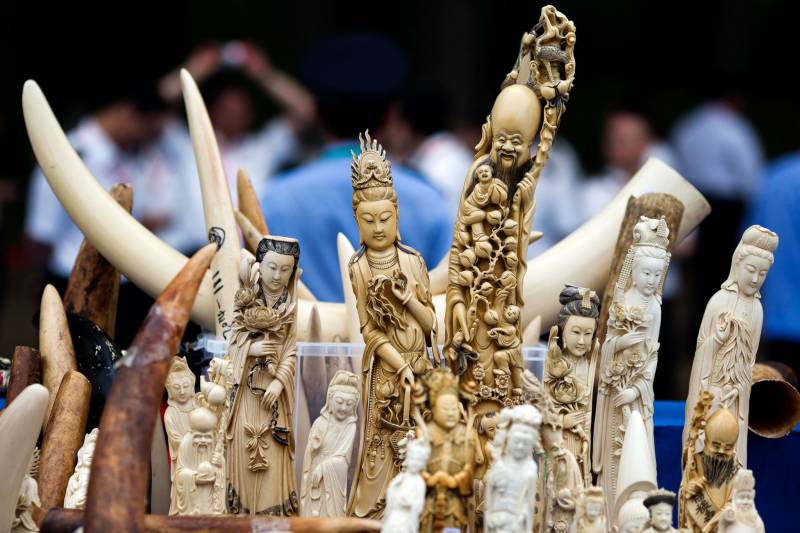 Beijing (Web Desk): China has announced a ban on all ivory trade and processing activities by the end of 2017.

The move follows a resolution at the Convention on International Trade in Endangered Species (Cites) in South Africa in October.

China has the biggest ivory market in the world - some estimates suggest 70% of the world's trade ends up there.

China's State Council announced the details of the ban on Friday, BBC reported.

The commercial processing and sale of ivory will stop by 31 March, and all registered traders will then be phased out, bringing a full halt to the market by the end of the year.

Conservation group WWF welcomed the latest news, calling it a "historic announcement... signalling an end to the world's primary legal ivory market and a major boost to international efforts to tackle the elephant poaching crisis in Africa".