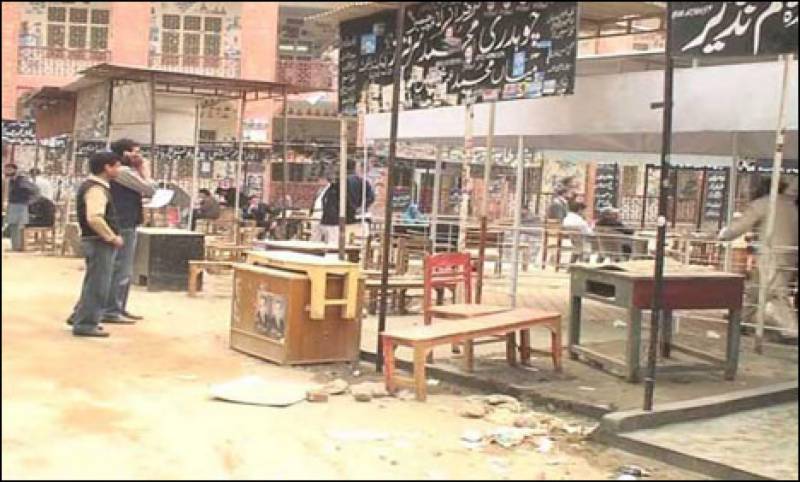 Lahore (Staff Report): At least two people including a police constable were killed in a firing incident occurred outside Lahore’s sessions court on Wednesday.

As per details, unknown armed men opened fire, killing a policeman and an under-custody suspected murderer.

The deceased has been identified as Malik Amjad, a suspect, and a head constable Asif, while the other arrested suspect Ahsan got injured.

A heavy contingent reached the court and closed its all gates in order to confine the attackers.

Punjab Inspector General of Police Arif Nawaz took notice of the shootout at court and sought a report from the officials.