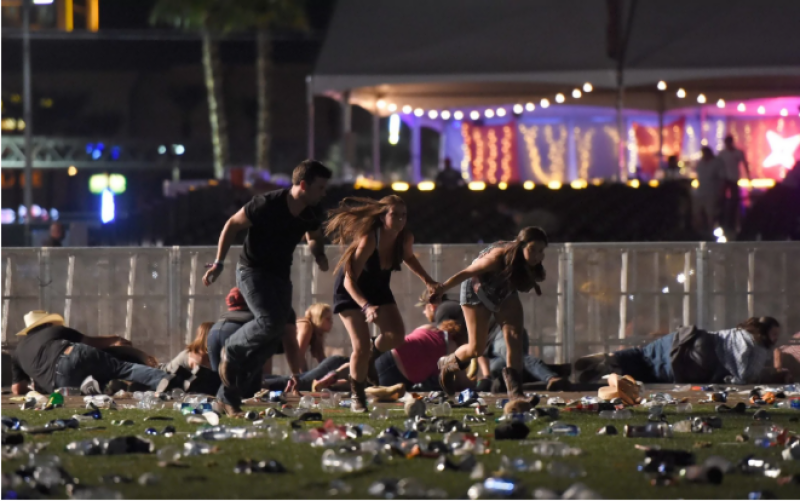 Las Vegas (Web Desk): Fifty nine people have been killed and 200 injured in a mass shooting during an open-air country music festival in Las Vegas. The city's famous strip was on lockdown after reports of at least one active gunman near the Mandalay Bay Hotel and Casino, with video capturing the sound of what appears to be prolonged automatic gunfire.

Thousands of people dived for cover when shots broke out out during the Route 91 Harvest Festival at about 10.20pm on Sunday local time (6.20am Monday BST). Police said one suspect was "down", but said the situation remained "active". It is not known if any other attackers are at large. Several unconfirmed reports claimed that "two or three" gunmen were shooting from the 32nd floor of the hotel after gunning down a security guard.

As emergency services swarmed the area, a police officer was among several people who were reported to have been shot as Jason Aldean, the American country music singer, performed on stage.

Las Vegas Hospital confirmed that at least two people have been killed and 24 injured with suspected gunshot wounds.