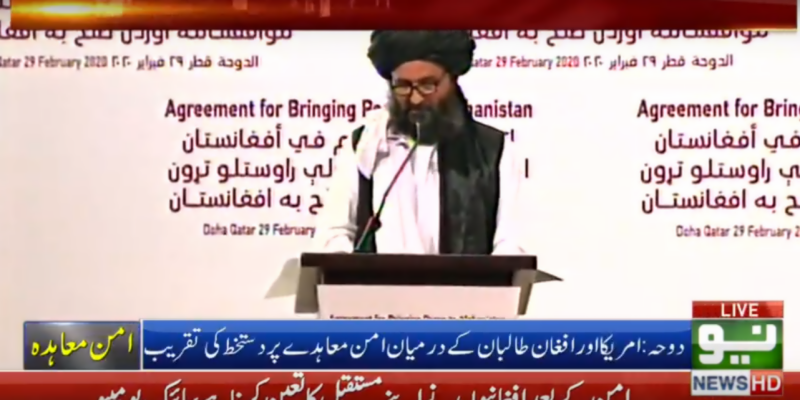 Doha (Agencies): The United States on Saturday signed a landmark deal with the Taliban, laying out a timetable for a full troop withdrawal from Afghanistan within 14 months.

The agreement is expected to lead to a dialogue between the Taliban and the Kabul government that, if successful, could ultimately see an end to the grinding 18-year conflict.

Taliban fighter-turned-dealmaker Mullah Baradar signed the accord alongside Washington’s chief negotiator Zalmay Khalilzad, in a conference room in a luxury hotel in the Qatari capital.

The pair then shook hands, as people in the room shouted “Allahu Akbar” (God is greatest).

US Secretary of State Mike Pompeo looked on as the two inked the deal, and alluded to the difficult work that remains to be done.