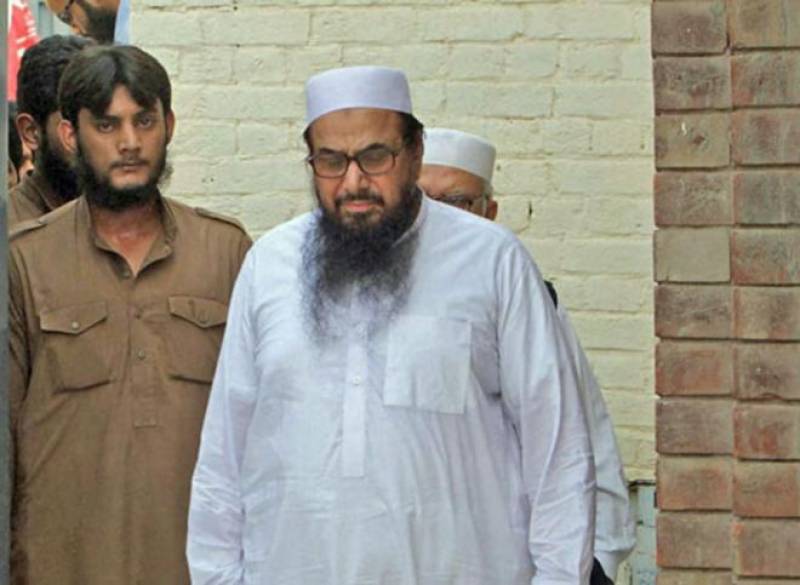 According to reports, the decision was taken in a meeting attended by provincial law minister, Punjab chief secretary, home secretary Maj (r) Azam Suleman and officials of law enforcement agencies.

Punjab government spokesperson Malik Ahmed Khan confirmed, the decision to extend Saeed and his four aides custody, Abdullah, Zaffar Iqbal, Abdul Rehman and Kashif Niazi, which ends Sunday night, was taken under the anti-terrorism act and the notification for it has been issued, however formal notification is expected to be issued within next few days.

Another meeting in this regard was also held at the Ministry of Interior where Chaudhry Nisar Ali Khan was briefed on the development.

Earlier, on January 30, the government had put Saeed and the four leaders under house arrest in Lahore for their alleged involvement in activities prejudicial to peace and security. The house arrest was made for a period of 90 days ending tonight.

Jamaat-ud-Dawa chief Hafiz Saeed, along with his four aides, have filed a petition in the Lahore High Court challenging his detention through senior advocate A K Dogar.

In the petition they claimed, the government detained them without any legal justification on the basis of Saeed’s arrest after Mumbai attacks 2008 after what in 2009 he was released.