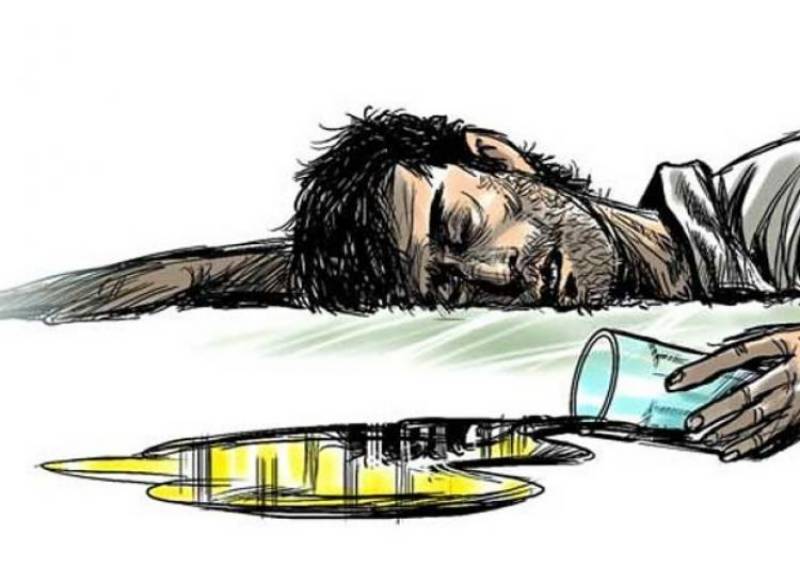 Jhang (Staff Report): Three people died and one was in serious condition after drinking toxic liquor in Bhabharana area of Jhang.

Police reported that Riaz, a resident of Faisalabad, went to visit his cousin Shabbir alias Sunny in Bhabharana where they allegedly drank toxic liquor along with their friends, Arshad Ansari and Azam.

Consequently, Ansari died on the spot whereas the other three were taken to the district headquarters hospital immidiately but Azam and Shabbir could not survive. Riaz was in a critical condition, but was being treated.

The local police arrested the alleged drug seller who, they said, had also consumed toxic liquor.