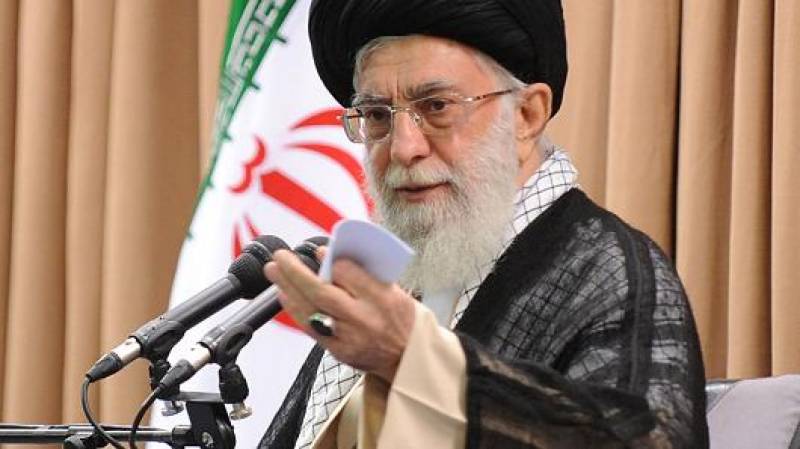 London (Reuters): Iran’s Supreme Leader on Tuesday accused enemies of the Islamic Republic of stirring unrest across the country as a crackdown intensified against anti-government demonstrations that began last week.

Police have arrested more than 450 protesters in the capital Tehran over the past three days, the deputy provincial governor said. Protesters also attacked police stations elsewhere in Iran late into the night on Monday, news agency and social media reports said.

One member of the security forces was reported killed on Monday, bringing to at least 14 the death toll stemming from the boldest challenge to Iran’s clerical leadership since unrest in 2009.

In his first reaction to the unrest, Ayatollah Ali Khamenei said: “In recent days, enemies of Iran used different tools including cash, weapons, politics and intelligence apparatus to create troubles for the Islamic Republic.”

Khamenei said on his website that he would address the nation about the recent events “when the time is right”.

He did not mention any enemies by name but Ali Shamkhani, secretary of the Supreme National Security Council, said the United States, Britain and Saudi Arabia were behind the recent riots in Iran.

“Saudis will receive Iran’s unexpected response and they know how serious it can be,” Shamkhani was quoted as saying by Tasnim news in an interview with Beirut-based Al Mayadeen TV.

The semi-official ILNA news agency quoted Ali Asghar Naserbakht, the deputy governor of Tehran province, as saying that 200 people were arrested on Saturday in Tehran, 150 people on Sunday and about 100 people on Monday.

Hundreds of others have been arrested in other cities, according to agency reports and social media.

Naserbakht said the situation in Tehran was under control and police has not asked for the help of the Revolutionary Guards special forces.