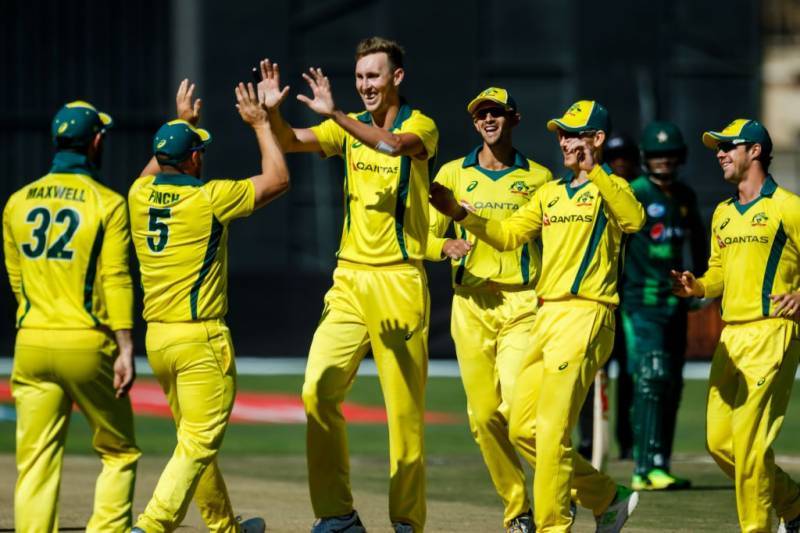 Harare: Australia defeated Pakistan by 9 wickets in the second match of the Twenty20 tri series on Monday.

According to details, Australia captain Aaron Finch won the toss and decided to bowl first, at the start of the innings Pakistani openers Fakhar Zaman and Muhammad Hafeez could not include huge score on the board, thus top 5 players lost their wickets for 47 runs, due to lose of early wickets Pakistan could make just 117 runs with the help of all-rounders Shadab Khan, Faheem Ashraf and middle-order batsman Asif Ali’s runs.

Aaron Finch's 68 runs off just 33 balls made easy for Australia to win the second Twenty20 match against Pakistan.