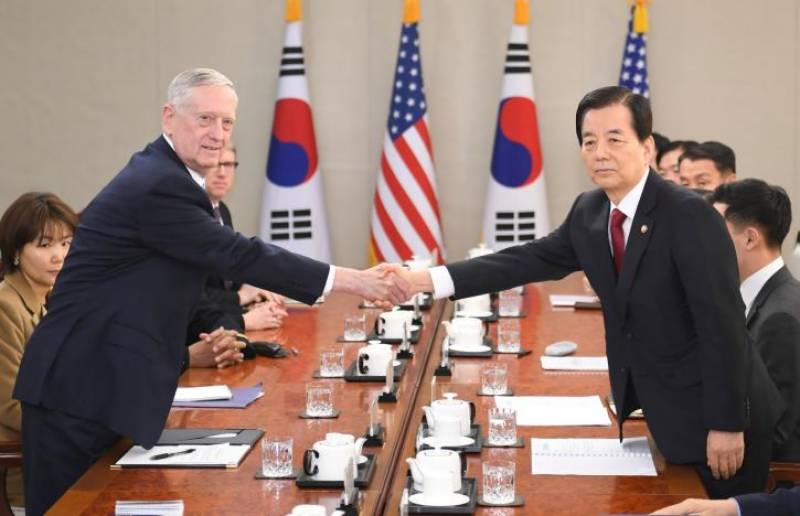 Seoul, South Korea (Reuters): American President Donald Trump's defense secretary warned North Korea on Friday of an "effective and overwhelming" response if Pyongyang chose to use nuclear weapons, as he reassured Seoul of steadfast U.S. support at the end of a two-day visit.

Defense Secretary Jim Mattis said at South Korea's defense ministry, "Any attack on the United States, or our allies, will be defeated, and any use of nuclear weapons would be met with a response that would be effective and overwhelming."

Mattis' remarks come amid concern that North Korea could be readying to test a new ballistic missile, in what could be an early challenge for Trump's administration.

North Korea, which regularly threatens to destroy South Korea and its main ally, the United States, conducted more than 20 missile tests last year, as well as two nuclear tests, in defiance of U.N. resolutions and sanctions.

The North also appears to have also restarted operation of a reactor at its main Yongbyon nuclear facility that produces plutonium that can be used for its nuclear weapons program, according to U.S. think tank 38 North.

North Korea's actions have prompted the United States and South Korea to respond by bolstering defenses, including the expected deployment of a U.S. missile defense system, known as Terminal High Altitude Area Defense (THAAD), in South Korea later this year. The two sides reconfirmed that commitment on Friday.

China, however, has objected to THAAD, saying it will destabilize the regional security balance, leading to calls from some South Korean opposition leaders to delay or cancel it.

Former U.S. officials and other experts have said the United States essentially has two options when it comes to trying to curb North Korea's fast-expanding nuclear and missile programs - negotiate or take military action.

Neither path offers certain success and the military option is fraught with huge dangers, especially for Japan and South Korea, U.S. allies in close proximity to North Korea.

Mattis is scheduled to depart later on Friday for Japan.

US missile attack on Syria: Russia calls for UNSC meeting