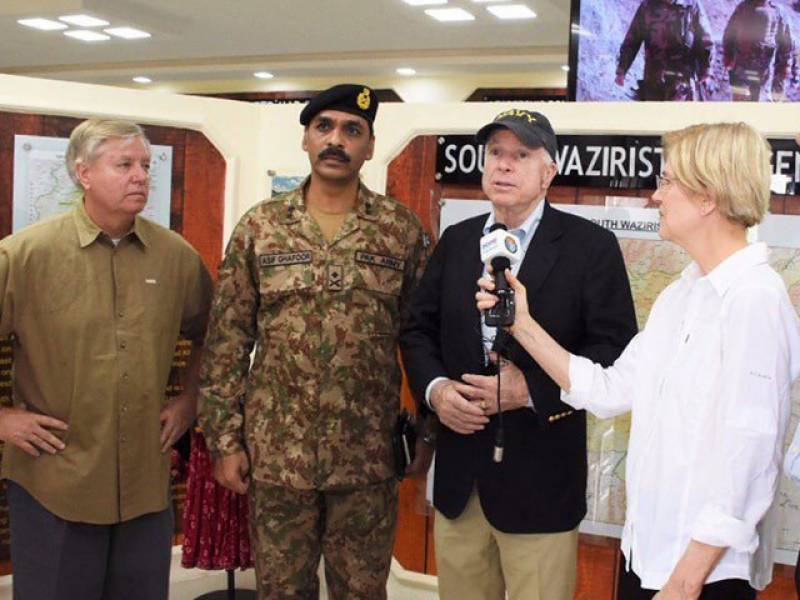 According to ISPR statement, the delegation said, “Pak Army’s efforts are a great success story and strong Pak-US partnership is only way to succeed.”

Earlier on Sunday, the delegation also had a meeting with COAS General Qamar Javed Bajwa.

US delegation acknowledged and appreciated Pak Army's success and socio-economic uplift efforts. COAS thanked US for their support. (2 of 2) pic.twitter.com/eXACLpBqb4

COAS Bajwa also thanked US for their cooperation.

The visiting delegation was flown over the area to fully view the Pak-Afghan border and have a better understanding of the prevailing security situation.

The ISPR statement read, “The delegation having seen the realities on ground acknowledged the efforts and sacrifices made by Pakistan Army and the local tribes for reestablishing peace and order in the area.”