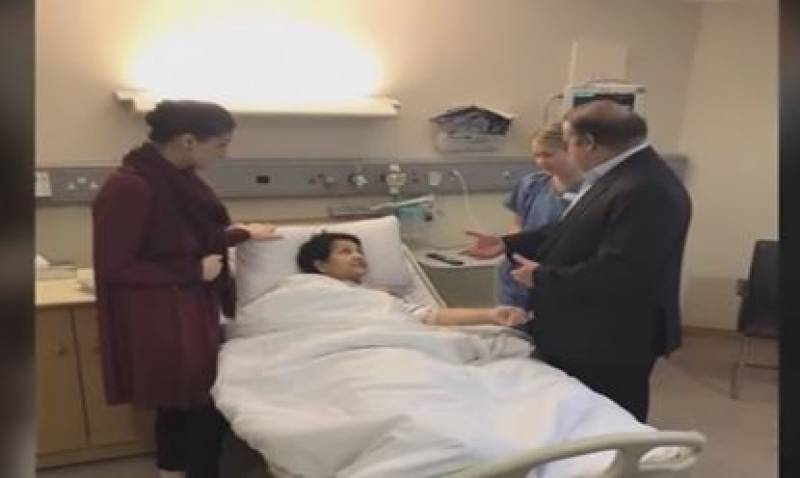 “By the grace of Allah his mother lungs surgery remained successful,” Hussain Nawaz said while talking to media. “Though it was minor yet essential surgery for Begum Kulsoom Nawaz according to doctors’ point of views,” he added.

“Her mother is still on ventilator,” Hussain Nawaz said. “I would like to say thank to those people who are praying for her good health,” he added.

It is to be noted that Nawaz Sharif and his daughter Maryam Nawaz are already there to inquire after the health of Begum Kulsoom Nawaz.