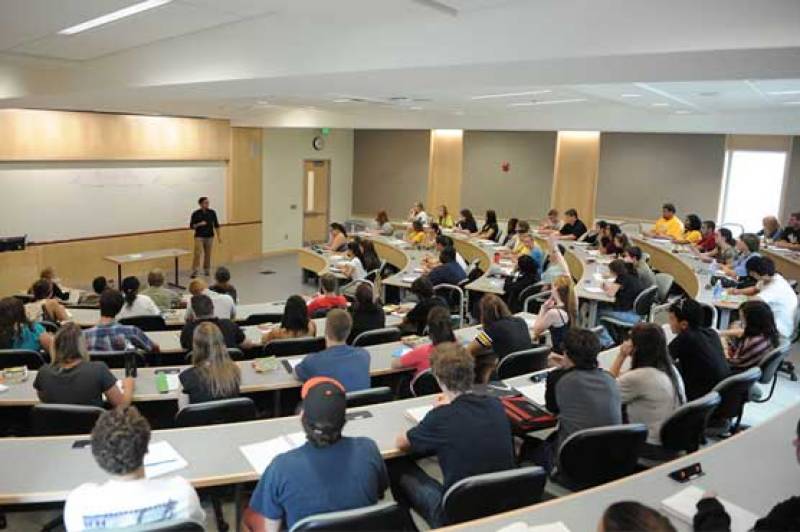 Beijing (APP): Over 19,000 students from Pakistan studying in China last year, the South Asian country has risen from the ninth-largest source of China’s international students to the fourth, Chinese media reported.

According to statistics of Chinese Ministry of Education, more than 200,000 students from 64 countries along the Belt and Road Initiative were studying in China last year, up 13.6 percent from 2015.

The education officials stated that the number of students studying in China from countries along the Silk Road Economic Belt and the 21st Century Maritime Silk Road has increased greatly under a series of preferential policies.

Xu Tao, director of the ministry’s department of international cooperation and exchange said that a year-on-year rise of 11.4 percent as more than 440,000 students from 205 countries and regions were studying in China last year, such a growth rate exceeds that of China’s international students as a whole.

Xu said, “A series of preferential policies drafted by the Chinese government for students from these countries have contributed to the remarkable rise in their numbers, including offering 10,000 places each year for students from countries along the Belt and Road Initiative to study in China under the support of the Chinese Government Scholarship.”

Liu Jinghui, Secretary-General of the China Scholarship Council, which administers the scholarship, said 49,000 international students from 183 countries and regions received the scholarship last year, among which those from countries along the initiative accounted for 61 percent.

Xu estimated that the proportion would continue to grow next year.

Fang Jun, deputy director of Xu’s department, said the ministry signed agreements with eight Chinese provinces and regions adjacent to or having close connections with countries along the initiative last year, such as the provinces of Fujian and Yunnan, and the Guangxi Zhuang and Xinjiang Uygur autonomous regions, supporting them to deepen education cooperation.

Israel strikes Hamas sites in Gaza over fire balloons, first since May ceasefire

In the meantime, the number of international students in China aiming to obtain an academic degree, particularly a non-Chinese language major, is also on the rise.

Xu also said that about 210,000 or 47 percent of international students were in China for academic degrees last year. Popular choices are medicine, engineering, economics and management.