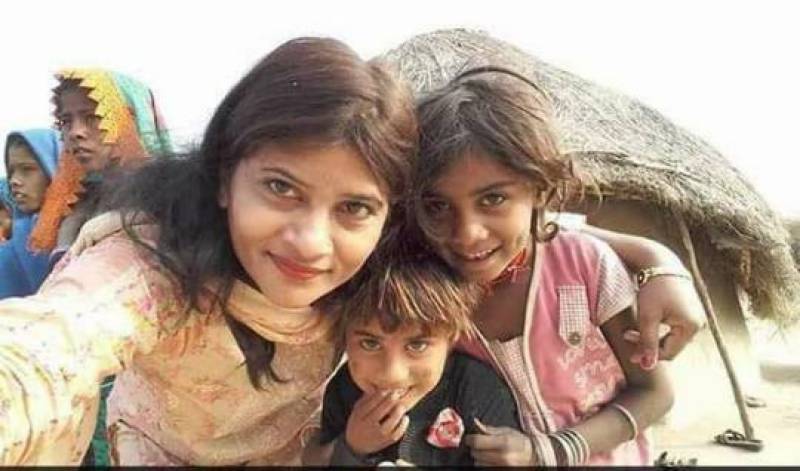 Karachi (Staff Report): Krishna Kumari Kohli has become the first-ever Hindu Dalit woman to be elected as the member of upper house of Pakistan’s parliament.

39-year-old Kohli, who was nominated for a minority Senate seat from the Sindh Assembly by the Bilawal Bhutto Zardari-led Pakistan People’s Party (PPP) last month won the seat.

Kohli, who comes from Nagarparkar village in Thar of the Sindh province, was born to a poor peasant family in 1979. She and her family were held captive as bonded labourers for at least three years in a jail run by a landlord when Kohli was a child.

Married at the age of 16, Kumari pursued her education after her marriage, earning a postgraduate degree in sociology.

Krishna Kohli had joined the PPP as a social activist and actively worked for the rights of the marginalised communities of Thar.

The Pakistan Peoples Party has won nine seats out of the 12 seats from Sindh.

One senator from the JUI-F Molvi Faiz Mohammad made it to the list of Senators from Balochistan.

According to initial results, 11 candidates backed by the ruling PML-N have been elected on 12 seats from Punjab.

The independent candidates backed by PML-N have won six general seats from Punjab Assembly, while PTI’s Chaudhry Sarwar managed to grab a seat. The party's candidates have also won all the technocrat, women and minorities seats from the province as well.

Meanwhile, four independent candidates have been elected to the Senate from FATA.

Polling for 52 seats of the Senate held on Saturday. A total of 133 candidates are vying for Senate seats in the elections.