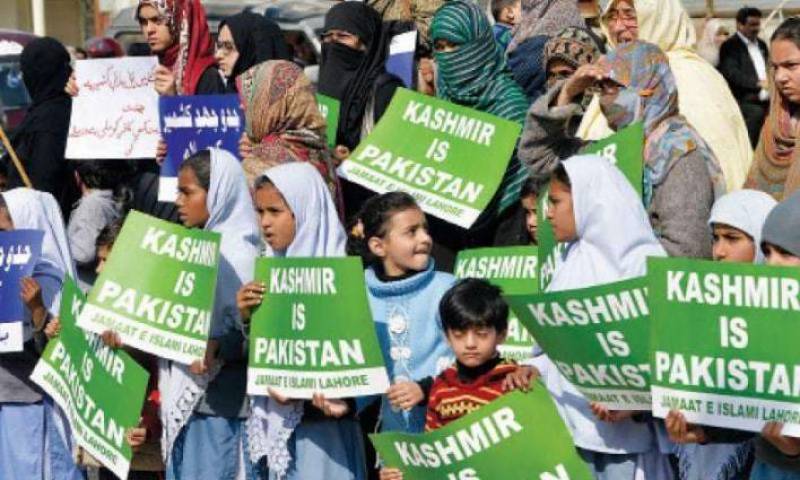 Islamabad (Agencies): Kashmir Solidarity Day is being observed across the world on Monday (today) to express solidarity with the Kashmiri people who are struggling for their right to self-determination under United Nations (UN) resolutions.

A holiday has been announced in Pakistan, including in Azad Jammu and Kashmir (AJK). A one-minute silence will be observed at 10am to honour the Kashmiri martyrs.

Human chains at Kohala Bridge, Mangla Bridge and other points linking Pakistan and AJK have been formed.

Rallies, public meetings, functions and seminars are also being held in the the country and Azad Kashmir to draw attention of the world towards the plight of Kashmiris.

Special cultural programmes and festivals held to promote Kashmiri culture and tradition while photographic exhibitions being arranged depicting the atrocities committed by Indian occupation forces against the Kashmiris.

At the Eiffel Tower in Paris, Pakistani and Sikh communities will hold a demonstration. Former AJK prime minister Sultan Mehmood Chaudhry will be the chief guest on the occasion.