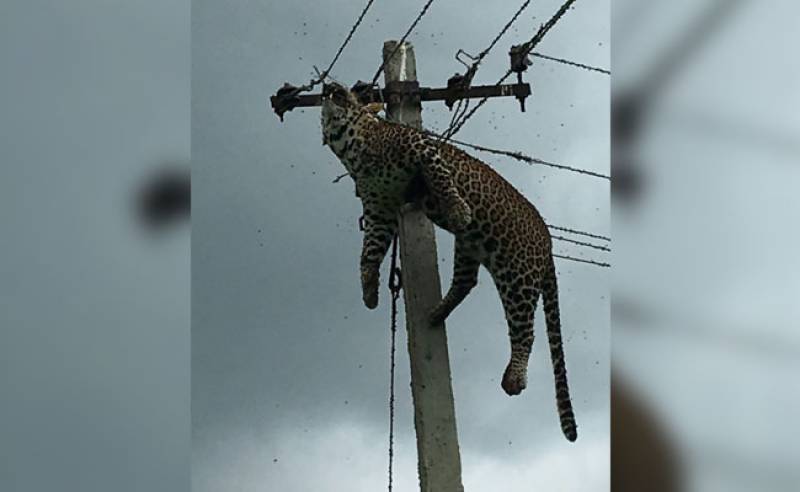 The incident happened in Mallaram forest area in Nizamabad district.

The villagers were going to their field on Monday morning when they were shocked to see a dead leopard was entangled in high tension wires.

The people informed the police and forest department regarding the happening. The officials reached the spot and disconnected the power supply to bring down the carcass.

According to officials, the ill-fated leopard came into the village in search of food and climbed on the pole to catch his prey when it received electric shocks leading to its death.