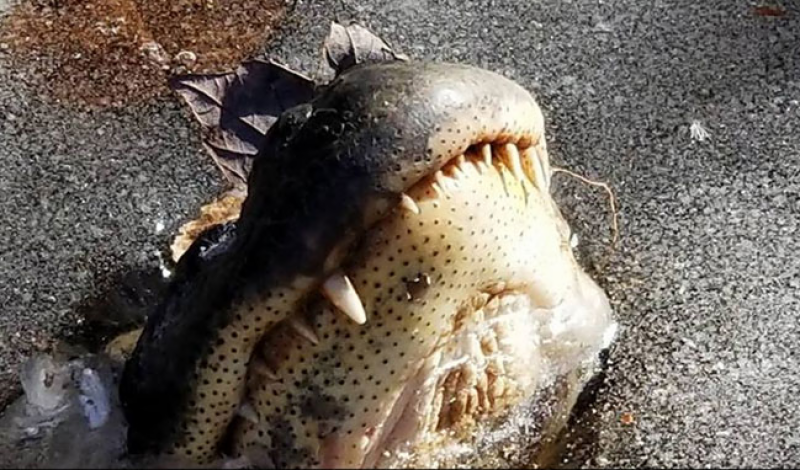 North Carolina, US (Web Desk): Currently viral video shows alligators poking their snouts (nose and mouth) of a frozen pond to survive the biting cold weather. With their bodies suspended in the water, a thin layer of ice formed on top of the pond hardening around their snouts.

The US state of North Carolina witnessed an unusually cold last week thanks to the recent "bomb cyclone" that hit most of eastern United States.

Alligators can actually survive in water temperatures as low as -40 degrees Fahrenheit, says a blog post by the swamp park. In chilly winters, they go into a state of brumation (much like hibernation), where their metabolism slows down dramatically and they go into a lethargic state. If they need to breathe, they poke their nostrils out, just like in the video.

"This is not typical in southeast North Carolina. We get some cold winters but this last week was unusually cold. This is the first time i have ever seen this but it is a common occurrence in the winter in other areas," a park official media.