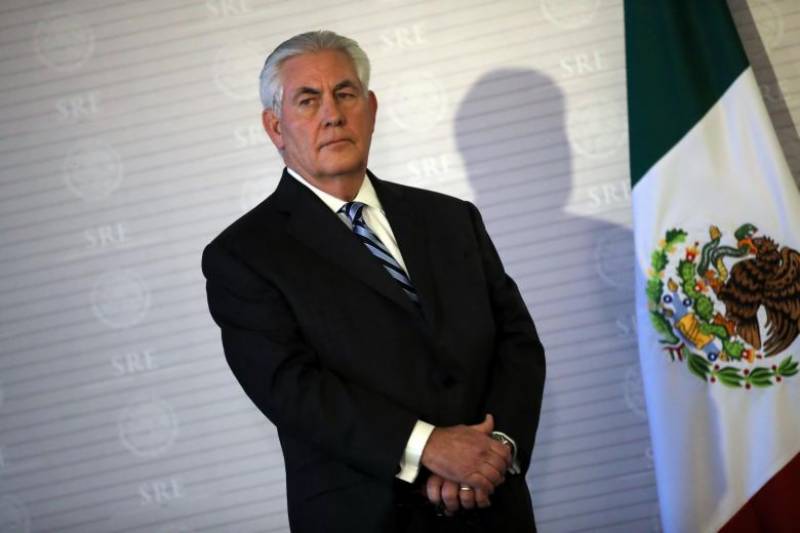 Tokyo, Japan (Reuters): U.S. Secretary of State Rex Tillerson is due to visit Japan, South Korea and China this month to discuss North Korea on his first trip to the region since he took up his post, Japanese media reported on Saturday.

Tillerson's trip would come as the United States and China try to put relations on an even keel after a rocky start following the election of President Donald Trump, as well as amid heightened tension over North Korea following the killing in Malaysia of the half-brother of its leader.

A U.S. State Department spokesman said, "We don't have any travel to announce at this time." The Japanese and South Korean and foreign ministries could not be reached for comment. China's Foreign Ministry did not immediately respond to a request for comment.

Tillerson and Kishida were likely to discuss the timing of a visit to Japan by Trump, Kyodo cited its sources as saying.

Tillerson would meet Foreign Ministry Wang Yi and possibly President Xi Jinping in China, Kyodo reported, adding that the two sides were expected to arrange a meeting in the United States between Xi and Trump for as early as April.

Tillerson and Wang spoke by telephone last month, when they affirmed the importance of a constructive U.S.-China relationship.

Tillerson last month urged China to do all it could to moderate North Korea's destabilizing behavior after its latest in a series of ballistic missile tests.

Trump, who has attacked China on issues from trade to the South China Sea, met China's top diplomat, State Councillor Yang Jiechi, last month, his first face-to-face talks with a member of the Chinese leadership.

The White House said at the time the meeting was a chance to discuss shared security interests and a possible meeting with President Xi.

South Korean intelligence and U.S. officials say the murder in Malaysia was an assassination organized by North Korean agents.